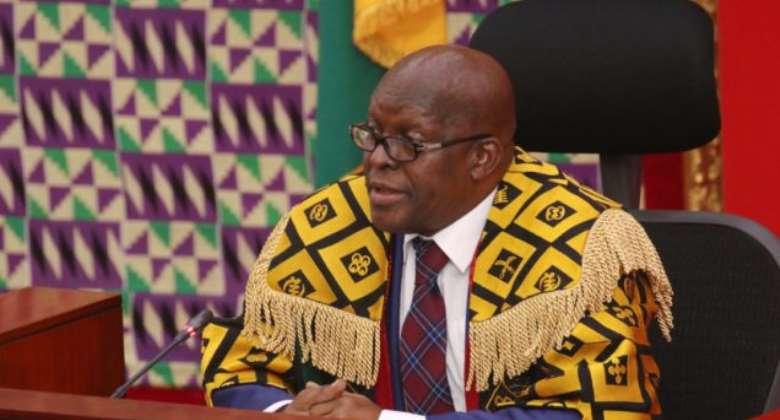 The Military High Command of Ghana has stripped the Speaker of Parliament, Rt. Hon. Alban Bagbin of his military bodyguards.

The guards according to a letter issued by the Ghana Armed Forces were assigned to the Speaker without the proper procedure.

“The under-named military personnel were attached to the Office of the Right Honourable Speaker of Parliament without the proper procedure,” part of the Ghana Armed Forces letter signed by NP Andoh, Major General Chief of Staff of GAF has said.

The Ghana Armed Forces further indicate in the letter that the right procedures will now be initiated to assign new military bodyguards.

“It is humbly requested that the personnel are withdrawn with effect from 14 January 2022 whiles efforts are made to regularize their attachment,” the letter sent to Rt. Hon. Alban Bagbin has said.

Find a copy of the letter below: