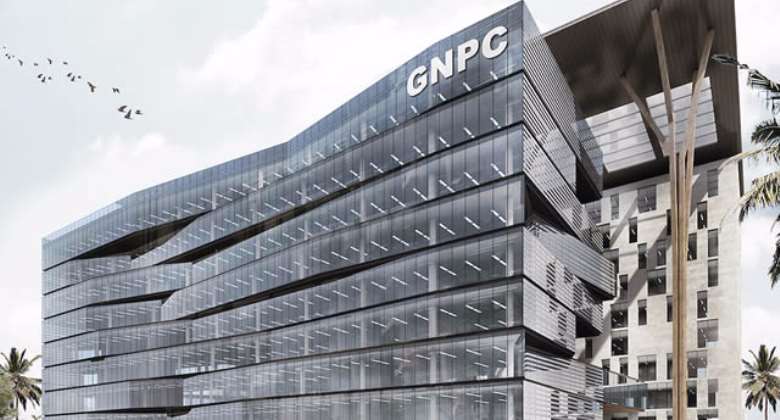 The Ghana National Petroleum Corporation (GNPC) has denied setting up an offshore company in the Cayman Islands to hold the 7 percent commercial interest in the Jubilee and TEN blocks acquired from Occidental Petroleum.

In a statement, the GNPC explained that to enable the negotiations with Kosmos for the sale of Anadarko WCTP to proceed, Anadarko incorporated a company called Jubilee Oil Holdings Limited (JOHL), in the Cayman Islands.

This company was to hold the 7 percent commercial interest in the interim “while the parties negotiated and finalised the commercial terms of the transaction.”

“Anadarko Offshore, the Seller, was eventually paid US$164,798,691.00 on 19th October 2021 in full settlement of the acquisition. Anadarko Offshore thereafter assigned JOHL to GNPC, as JOHL holds the 7% commercial interest.”

“The Corporation is currently in the process of transferring JOHL to GNPC Explorco. It was never a ploy by the Corporation to 'live unto itself, not the law and the nation's strategy for its existence' as claimed by ACEP,” the statement explained further.

The Africa Centre for Energy Policy had said its checks revealed that this company is registered with Dr. K. K. Sarpong, CEO of the GNPC and Freddie Blay, Board Chairman of GNPC as directors.

It accused the GNPC of side-stepping the Petroleum Revenue Management Act in the setting up of a subsidiary company to manage the acquired interest.

The centre fears that the GNPC is seeking to assign an interest in some of Ghana's oil blocks to Jubilee Oil Holdings, a company registered in the Cayman Islands.

Accra, 14th January 2022: The Ghana National Petroleum Corporation's (“Corporation”) attention has been drawn to comments made by the Africa Centre for Energy Policy (“ACEP”) in a press statement on the above subject. The Corporation's response to ACEP's assertions are as follows:

The Corporation has not communicated how it intends to finance the US$199 million acquisition, leading to speculations of illegality in breach of the Petroleum Revenue Management Act, as amended.

The funds used to acquire the 7% Joint Operating Agreement (commercial) interest of Anadarko WCTP Company in Jubilee, DWT and WCTP was advanced by the Ministry of Finance. As communicated to the Ministry of Finance, the advance would be fully repaid with interest by GNPC Explorco or Jubliee Oil Holdings Limited (“JOHL”) from proceeds of crude sales or funding raised on the debt market.

The Corporation has set up an offshore company in the Cayman Islands to hold the 7% commercial interest rather than owning it directly or through a subsidiary in Ghana. This raises the bar on opacity and worsening accountability associated with the Corporation.

i. The Corporation has not set up any offshore company. The facts of the matter are as follows:

Holding on to the assumption that GNPC owns Jubilee Oil Holding Limited, it is still not enough for the company to transact business in Ghana's oil industry without registering with the Registrar General.

The Corporation is in the process of registering JOHL as an external company in Ghana.

Anadarko Offshore incorporated JOHL with its own directors. At the time of the sale and purchase, the Corporation was required to nominate two directors to take over after the transfer was effected. The Board of Directors of the Corporation therefore nominated the Board Chairman, Honourable Freddie Blay, and the Chief Executive Officer, Dr. K.K. Sarpong, as initial Board directors to replace the directors of JOHL appointed by Anadarko.

The Corporation holds one hundred percent of the shares in JOHL. The beneficial ownership of JOHL can be ascertained by conducting a general search with the Cayman Islands Registry. Further, the Share Purchase Agreement entered into on 13th October 2021, between Anadarko Offshore and Ghana National Petroleum Corporation show that the shares of JOHL belong to the Corporation as the Buyer.

The PRMA, since its inception, has suffered many accountability challenges. But for any revenue to be encumbered outside the express dictate of the law will be the final nail in the coffin of the Act, a precedent that will undermine the very existence of the Act. There is no individual, institution or authority clothed with the power to appropriate petroleum revenue outside the PRMA, even if the act can be justified as necessary.

The Corporation has always operated within the remit of the laws and regulations of the Petroleum Industry, including the Petroleum Revenue Management Act, as amended, and has no intention of doing otherwise. JOHL was duly incorporated under the law of the Cayman Islands by Anadarko Offshore in line with the legal framework under the governing petroleum agreements. The Corporation is in the process of registering JOHL as an external company in line with Ghanaian law.

The Corporation continues to operate within the remit of the legal framework and has no intention of flouting any legal requirements and procedures. As the Corporation has always indicated, the Corporation welcomes engagement with any stakeholder in its operations. All documents on the transactions are available for scrutiny and inspection.