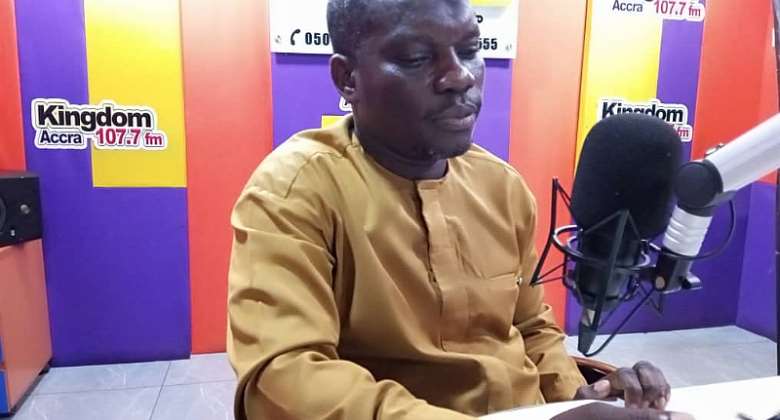 Commenting on his intentions with Kwaku Dawuro on Anopa Nkomo on Accra-based Kingdom FM 107.7, he explained that the voice of the people is the voice of the Lord and that he will confirm his candidature at an appropriate time.

“Although I have not officially considered to contest the position, we all know that the voice of the people is the voice of the Lord and so sometimes you don’t ignore calls from your people to contest a position. I am in the process of considering other factors and when all is said and done, I will confirm my candidature or otherwise”, he added

He said he took the decision after extensive consultation with senior colleagues, comrades, family, and stakeholders of the NDC party. “It is imperative that we wrestle the destiny of this country from the clutches of the vulture of an NPP government who have taken hold and are picking it dry.

“We can therefore not afford to take any chances. This is not a matter of luck of the draw,” he said.

“We need to consciously elect an organizer who has been in the trenches and moved up through the ranks. One who is dedicated to the cause of the party and also in tune with the social democratic principles that form the bedrock of our ideals.

“To achieve victory in 2024, we need an organiser who is trusted by the hierarchy of the party and grassroots alike.

“One who can marshal resources and galvanise the rank and file to move in the same direction towards the attainment of a common goal.

“We need to entrust such responsibilities into the hands of someone who is honest, straightforward and fair in all his dealings, regardless of your standing in the party.

“We need an organiser with formidable skills who can ensure that whether the party is in opposition (like now) or in power in the not too distant future, we will set the agenda for the rest of the nation to follow,” he stated.

He called on party foot soldiers, elders and executives to recognise the numerous qualities that he brings on board, knowing his unflinching love for the NDC and unwavering commitment to the grassroots of the party.