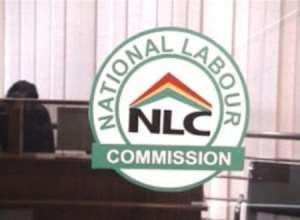 The National Labour Commission (NLC) has ordered the Colleges of Education Teachers Association of Ghana (CETAG) to call off its ongoing strike.

It has also asked the striking workers to return to their duties.

This was contained in a statement issued by the NLC today, Friday, January 14, 2022.

It follows a meeting between the Commission, CETAG and other disputing parties, with the fallout being that the strike is illegal and must be called off.

“The National Labour Commission in the exercise of its powers under section 139 of the Labour Act, 2003 (Act 651) hereby directs the members of CETAG to immediately call off the ongoing strike and resume work”, the NLC’s statement said.

Following the NLC’s ruling that the CETAG is unlawful, the leadership of the Association says it will soon announce its next step after consultations with its lawyers and members.

CETAG's National President, Prince Obeng Heman, told Citi News that it will not immediately make a decision but will wait on its lawyers for advice.

“As a union, we have our legal advisors, and we are proceeding to have a meeting with them. We will decide on the next line of action in the coming hours. We are unable to make a pronouncement immediately,” he said.

The Executive Secretary of NLC, Ofosu Asamoah, said on Eyewitness News that CETAG had agreed in the meeting to call off their strike.

“They [CETAG] have actually agreed among themselves for the call off of the strike because they were within the remit of the law, but their issues have been resolved.”

Members of CETAG began their strike in all 46 public Colleges of Education last Thursday over claims that the government had failed to implement the 2017-2020 conditions of service, as agreed in a Memorandum of Understanding signed between CETAG and the government.

They want the government to pay their interim premiums and book and research allowances.