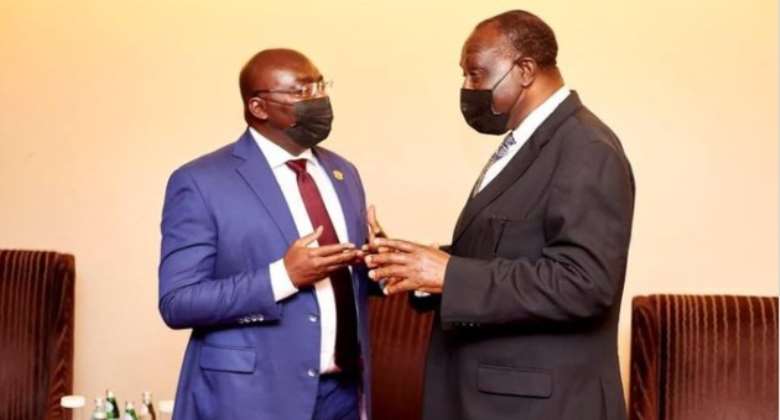 The Member of Parliament (MP) for Nsawam-Adoagyiri, Mr. Frank Annoh Dompreh is pushing for the New Patriotic Party (NPP) to go into the 2024 general elections with Dr. Mahamudu Bawumia and Mr. Alan Kyeremanten as flagbearer and running mate respectively.

According to him, the Vice President and the Minister in charge of Trade are the best bet for the ruling government if indeed they want to break the 8 after President Akufo-Addo’s two terms expire.

“Being advocating for this 'heavenly' pair for a while, I am pretty sure it shall crystalize eventually...

“Let’s give it a deeper reflection. It's our surest bet, patriots,” Mr. Annoh-Dompreh who is also Majority Chief Whip in Parliament commented on a Twitter post with the picture of Dr. Bawumia and Mr. Alan Kyerematen.

The ruling New Patriotic Party are sweating to find the best duo for the 2024 general elections especially with a number of leading members expected to vie for the flagbearer role.

Currently, both Dr. Mahamudu Bawumia and Mr. Alan Kyeremanten are said to be interested in the flagbearer role although neither have publicly declared yet.

With unaligned aspirations, followers are not confident about the chances of the pair coming together to lead the NPP into the 2024 general elections.