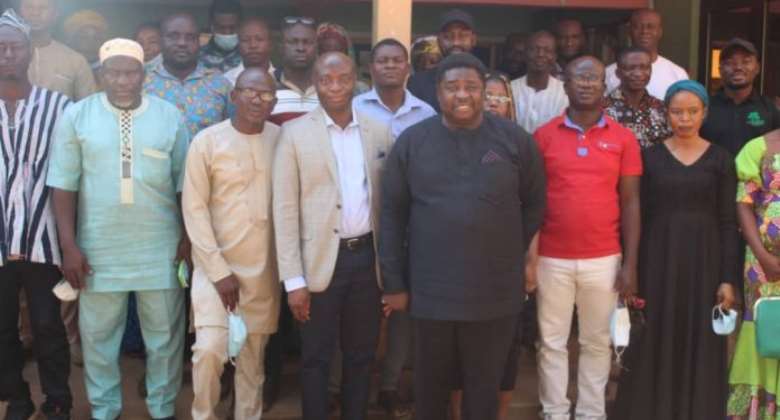 A consultative meeting aimed at reviving access to financial services in Damongo and its environs has been held with the Acting Managing Director of ARB Apex Rural Bank, Mr. Alex Kwasi Awuah on Thursday January 13th, 2022.

It was held at the Catholic Unity Centre in Damongo in the West Gonja Municipality of the Savannah Region.

The intention of the stakeholder engagement with Mr. Alex Kwasi Awuah was to support a new community led initiative to restructure, recapitalize and rebrand the ertswhile suspended Buuwulonso One stop Rural Bank (BORB) operations under new leadership and management.

The meeting was also to present an opportunity for a fresh start that will consider all options on the table and to take a totally new approach to give the rural bank a second chance with the full participation of the community in a non-partisan way.

Some of the approaches considered at the consultative meeting include a rebranding that could result in a new name, new board and management with the support of the Apex bank.

At their last meeting, the BORB board suspended operations to avoid further losses and give the opportunity for a broader community coalition to revive the Bank's operations after suitable measures were taken.

To this end, BORB board met with the Bank of Ghana Supervision Department and commissioned an investment proposal for restructuring the bank.

Participants who spoke to this reporter on the sidelines of the meeting, expressed joy at the prospect of having another Bank in Damongo and its environs to augment the over reliance on the Ghana Commercial Bank which is the only bank in the Municipality.