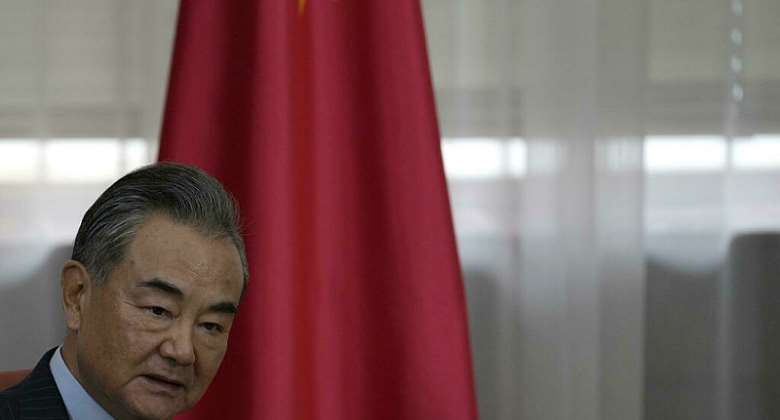 After Paris faced Beijing's anger over high-level French delegations to Taiwan, China now seems to have turned the page, seeking to mend the relationship with the EU and France, which holds the union's rotating presidency.

Symbolically, Wang did his part of the meeting from the Diaoyutai State Guest House in Beijing, traditionally the place where Chinese top leaders meet with foreign guests they deem of high importance.

"Relations between China and France have maintained a healthy and stable development momentum," Wang was quoted as saying by the official Xinhua news agency.

Bonne, who is in China but attended a strategy forum in the eastern city of Wuxi, also met with China's Foreign Minister, Wang Yi.

China protested strongly against the missions, with the state-run Global Times calling them "silly," "self-contradictory" and "opportunistic".

China was also worried about France's willingness to take part in naval exercises of the Quad, a loose, strategic alliance between the US, Japan, India and Australia, designed to contain China's influence in the Indo-Pacific region, calling Paris's participation "a publicity stunt" that "won't strenghten the loose group".

But things changed after the UK, the US and Australia formed the Aukus alliance, resulting in Canberra cancelling a billion dollar submarine deal with France in favor of US ships.

Comments in the Chinese press highlighted Paris' anger, mocking that with Aukus, the US "picks up stone to smash its own feet" at the expense of allies like France.

France's refusal to participate in a diplomatic boycott, by the US, the UK, Australia and others, of the Olympic Winter Games to be held in Beijing in February, was duely noted.

But the turning point came when France took over the EU's presidency on January 1.

Relations between China and the EU had been deteriorating gradually over the last two years, with tit-for-tat sanctions over Brussel's criticism on Beijing's handling of Muslim Uyghurs in Xinjiang, the suppression of freedoms in Hong Kong and it's increasingly hostile tone towards Taiwan, with Brussels calling China a "systemic rival" in a recent policy paper.

China is also furious about EU member Lithuania, that first lobbied the World Health Organization on a full membership for Taiwan, and then allowed the self-ruling island to open a de-facto representative office in its capital Vilnius – a red line, as Beijing regards the island as an "unseparable part" of its territory.

But during Bonne's visit to China, Wang Qishan said France should lead other EU members towards a “correct understanding of China, and independently develop relations and carry out cooperation with China”.

No matter whether China-EU relations are in good times or encounter setbacks, this policy will not change."