Threat of secession top of security issues in Ghana, help tackle it — Kan-Dapaah to GAF 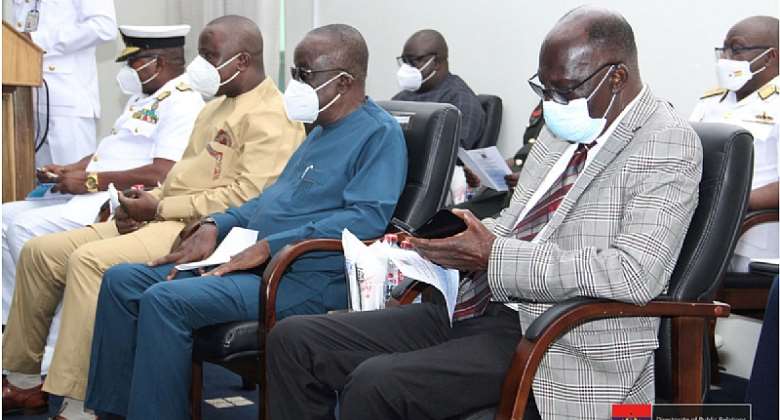 The Minister for National Security, Albert Kan-Dapaah has said the vision of the National Security Strategy document launched by President Nana Addo Dankwa Akufo- Addo is to maintain Ghana as a peaceful, tolerant, socially cohesive, secure and prosperous constitutional democracy.

He said it consolidates all the policy initiatives on National Security Policy Framework with the ultimate goal to mobilise and coordinate the efforts of all sectors of the society, especially GAF to deal with security threats in the country.

Mr Kan-Dapaah said armed robbery, chieftaincy disputes, piracy, terrorist activities outside the country; threats of secession by certain groups and unemployment were on top of the list of security challenges bedeviling the country and therefore urged GAF to put its outmost best to curb the challenges. He reiterated government's commitment to retooling GAF to deal with the challenges and promote security in the country.

He said these on Thursday 13 January 2022 when his ministry sensitised the Ghana Armed Forces (GAF) on the document.

Speaking at the workshop, the Minister for Defence, Hon Dominic Nitiwul highlighted that the security sectors of Africa continue to face several facets of domestic challenges, especially in the wake of the COVID-19 pandemic and gradual recession.

He said the country was faced with two major external issues; the Jihadist.

Movement and terrorist activities in the Northern part of Ghana and piracy at the Gulf of Guinea. The Minister stated that there was a pressing need to develop effective National Security Strategies.

He continued that combating these threats required real-time and national security policy with clear directions to resolve them. He was optimistic that the workshop would support Officers of GAF in the effective management of security, especially at the borders across the country by way of curbing criminal and rebellious activities.

According to Hon Nitiwul, the National Security Strategy, when implemented will also optimise the effectiveness of the security and intelligence sector by improving the current system and structures.

The Chief of the Defence Staff (CDS), Vice Admiral Seth Amoama in his remarks said GAF remains the key national asset within the National Security landscape which is well positioned to play significant roles in achieving the security and defence objectives of the strategy.