The Guilty Conscience of Anti-Vaxxers 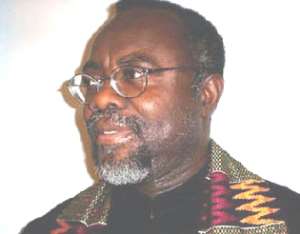 Anti-COVID-19 Vaccine mythology or apocryphal faux-theories and theorists exist even right here in the United States of America, where the average citizen is supposed to be scientifically far more knowledgeable and enlightened and healthcare-conscious than citizens in the less technologically advanced countries. But, of course, practically speaking, this is not the reality on the ground, for the most part. So, I am not the least bit surprised that in Ghana some Anti-COVID-19 Vaxxers would be claiming, rather mischievously and scandalously, that anybody who takes the life-protective vaccines being offered by the government, gratis, would, somehow, be forced against their will to cast their ballot for the ruling New Patriotic Party (NPP) come December 7, 2024 or thereabouts (See “Getting Vaccinated Won’t Force You to Vote for NPP in 2024 – Akufo-Addo Rubbishes Mischief” Modernghana.com 12/16/21).

The fact of the matter is that if any eligible registered Ghanaian voter decides to cast his/her ballot come 2024 in favor of, hopefully, the Mahamudu Bawumia-led New Patriotic Party, it would be studiously, squarely and primarily because the leadership of the New Patriotic Party have distinguished themselves by literally working around the clock to ensure that the COVID-19 Pandemic would not wreak the level of seismic havoc that the so-called Wuhan or China Virus has wreaked in even highly technologically advanced countries like the United States of America, Canada, Germany, France and China. The fact of the matter is that under the stewardship of the National Democratic Congress (NDC), as we all witnessed with the cholera epidemic under the John “European Airbus Payola” Dramani Mahama regime in 2014, during which period at least a half-dozen students at the University of Cape Coast, Ghana’s foremost academy for the training of the nation’s educators, we would have been counting our COVID-19 deaths by the hundreds of thousands, and not the negligibly low hundreds and a handful of thousands.

You see, even as Supreme Court Justice Jones M. Dotse wittily and poignantly put it, with the leadership of the National Democratic Congress, irrespective of whoever happens to occupy the party’s helm of affairs and that of our beloved nation at large, it is all about “Creating, Looting and Sharing” of our collective fiscal and material resources among themselves. Which was why even as the key cabinet and executive appointees of the Mahama government criminally collected double salaries, Ghanaians were still being told that there weren’t enough fiscal or financial resources to enable the government to establish a Fee-Free Senior High School System.

Now, the annoying irony here is that once the newly elected President Addo Dankwa Akufo-Addo clearly demonstrated that, indeed, there was enough money in our National Treasury to meet the basic needs of each and every Ghanaian citizen, cynical political scam-artists like Mr. Eric Opoku, the Mahama-appointed Regional Minister for the Old Brong-Ahafo Region, resorted to opening the sluice gates for professional trainees in such equally vital national economic sectors as agriculture, whose trainee allowances had been unilaterally and summarily canceled by then President Mahama but had not vehemently protested to have the same restored, to have such unconscionably abrogated allowances restored or retroactively returned to them.

This was after the Nurse and Teacher Trainees who had vehemently protested this scandalous act of professional extortion and downright sabotage of our national development agenda had had their long-established professional training assistance programs restored. This is the clinically insane and morally insensitive attitude and ideological posture and political stance of the leadership of the thievish, exploitative and irredeemably mischievous establishment of the self-glorifying apostles of “Probity, Accountability, Transparency and Justice.” And it is this unpatriotic trait of the leadership of the National Democratic Congress that Ghanaian voters must studiously bear in mind as they head towards the voting booth on December 7, 2024.

And yes, Ghanaian voters should also remember the leadership of the one political party that did more than any other in the country’s Fourth-Republican history to help them get over the perennial socioeconomic blight that was the globally infamous Dumsor, as well as the leadership of the one political party that made Africans indescribably proud in the blistering wake and ravages of the COVID-19 Pandemic. Now, with the irruption of such COVID-19 variants as Delta and Omicron having further complicated an already dire situation, who else would you have at the helm of our national affairs at Jubilee House but a leadership that has your basic needs and interests at heart?