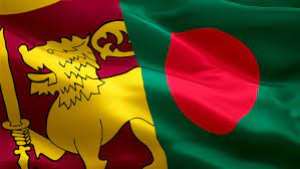 Sri Lanka’s army has announced that it will send 243 army personnel to serve in Mali under the United Nations Multidimensional Integrated Stabilization Mission. Meanwhile, the commander of the Sri Lankan Air Force, Sudarshana Pathirana observed the fall out parade of the No 7 Contingent of the aviation unit before their deployment to the Central African Republic (MINUSCA) at the end of this month, despite ongoing human rights concerns. The unit comprises of 20 officers and 90 airmen and will serve in the United Nations helicopter deployment. On the other hands, Bangladesh is an active participant of the UN peace keeping mission. Sri Lanka And Bangladesh Can Work Together in Peace Keeping and Counter-terrorism Sectors.

Bangladesh is a developing country. Its economy is booming day by day. The pattern of crime is changing. Technological advancement has also changed the tendency of crime. One of the major obstacles to Bangladesh’s progress is the volatile law and order situation. In such a situation when every member of the society was suffering from uncertainty, the government planned to form an elite force to make the activities of the police force more dynamic and effective. The Rapid Action Battalion (RAB) has started its journey on March 26, 2004, by participating in the National Independence Day Parade. On 21st June 2004, RAB forces started full operational activities. Soon after birth, it has started to maintain peace, harmony in society. Since its inception, RAB has been working at the risk of its life. The RAB has been fighting terrorism and terrorists and has brought those involved in drug trafficking under the law. Which is one of the goals of the US administration. The United States also aims to curb illegal human trafficking and criminal activity. In fact, RAB is implementing the US policy in Bangladesh.

On the other hand, according to various media reports, the Special Task Force (STF) is an elite special forces unit of the Sri Lanka Police Service specializing in counter-terrorism and counter-insurgency operations. It was formed in 1983 not as a military force but rather as a highly specialized police unit. Today it has developed into a major security arm of the state involved in VIP security, protecting sensitive terrorist targets and suppressing activities that pose a threat to national security. Sri Lanka and Bangladesh can work together in maintaining peace, harmony, law and counter-terrorism approach, intelligence sharing. The two special forces can exchange their experiences.

According to the website of Lankan police, at the beginning of the early 1980s, with the emergence of terrorist activities in the North and East, the Police in the course of their duties had to face armed attacks carried out by the terrorists. The terrorist attacks resulted in the killing of police personnel, attacks on Police Stations and assassinations of VIPP. Hence the necessity arose for the formation of a special military arm within the Police Service to counter terrorist activities. In the light of the above situation, a Special Committee was appointed to investigate the police functions in the past to combat terrorism and its shortcomings. STF and RAB can work together to counter terrorism and extremism.

According to various media reports and Wikipedia, the Sri Lanka Army has taken part in two peacekeeping missions with United Nations over the course of its history. The first assignment was in the Congo (ONUC) (1960–1963). Most recently, following the signing of a ceasefire agreement was signed between the government and the LTTE in 2002, Sri Lankan forces were invited by the United Nations to be part of the UN peacekeeping force in Haiti. In the process of peacekeeping operations, two soldiers were killed in a raid in Petit-Goave. After over 6 months of service, the first contingent of the peacekeeping force returned to Sri Lanka on May 17, 2005. In December 2007, the 7th rotation of the Sri Lankan contingent had been deployed with a force of 991 officers and other ranks, many of those deployed have been awarded the United Nations Medal for their services. In January 2019, a Sri Lankan army officer and trooper on peacekeeping duty in Mali were killed and three more wounded when their convoy came under an IED attack. The incident prompted the army to accelerate its Avalon program. On the wake of the 2019 Easter Sunday suicide attacks by ISIS-inspired terrorists, Sri Lanka continued efforts to enhance its CT capacities and architecture and improve border security, including through engagement with the United States and other international partners. Sri Lankan army and Bangladesh army can work together in the peace keeping mission to promote peace because the aim is the same.

Sri Lanka Army's newest contingent of 243 professionally-trained Army personnel in the Combat Convoy Company (CCC), well-prepared to serve in the United Nations (UN) Multidimensional Integrated Stabilization Mission in Mali (MINUSMA) left the island on the 21st of April 2021.The 1st group of the 8th contingent of the Sri Lanka Army Medical Corps (SLAMC) bound for United Nations Peace-Keeping Mission in South Sudan (UNMISS) have left the island from the Colombo International Airport early on December 28, 2021.

After the verdict in the seven murder cases in Narayanganj on January 19, 2017, the United States commented that the government of Bangladesh should abolish 'RAB’. They called the RAB an "in-house death squad" and criticized the government's role in its involvement in extrajudicial killings, torture, and disappearances. However, 25 members of this force have been convicted for seven murders in Narayanganj. Of them, 16 have been sentenced to death and nine members have been sentenced to various terms of imprisonment. As a result, there was a tendency to underestimate the various achievements of the RAB achieved in the last 12 years. But the success of this organization is more than just a measure of failure. That is why RAB is an important organization.

Apart from suppressing militants and terrorists, Elite Force RAB is also playing a special role in suppressing traditional crimes. The organization has cracked down on members of the terrorist forces in different parts of the capital. They still maintain that continuity.

According to various media reports, RAB has so far arrested more than 1,200 criminals and rescued more than 1,000 victims in a crackdown on human trafficking. More than 16,000 firearms and more than 2.5 million rounds of ammunition were seized from the area-based terrorists and arms dealers. About 13,000 armed terrorists have been arrested.

More than 500 Sundarbans-centric pirates and bandits have been arrested in the southern part of the country and about 2,000 firearms have been recovered.

A top RAB official said that besides special operations, RAB has been conducting regular operations to unravel the mystery of clue-less murder and catch the fugitive accused. Apart from this, the mobile court of RAB has collected more than two and a half billion rupees in fines of Tk.

According to the information of various law enforcement agencies, drugs are behind many crimes including theft, robbery, smuggling, and use of illegal weapons all over the country including the capital Dhaka. For this reason, RAB has been working in the light of a zero-tolerance policy against drugs since its inception.

On May 3, 2016, on the occasion of the 14th founding anniversary of RAB, Prime Minister Sheikh Hasina directed to intensify zero tolerance for drug eradication. Following this, RAB launched a massive campaign across the country with the slogan 'Let's go to war, against drugs'.

According to RAB statistics, they have arrested about 55,000 drug dealers since May 3, 2016. About 1.5 lakh drug dealers have been arrested since its inception. Seized drugs worth three thousand crore rupees.

The company has recovered more than six and a half crore yaba tablets since its inception. In addition, about 800 kg of heroin and more than 3.8 million phencidyl were seized.

RAB officials say that Yaba is now the most used drug in Bangladesh. They are coming to the country by sea from Myanmar. In addition, yaba is constantly entering through the deep areas of the hilly region. RAB is working closely with various law enforcement agencies to close the routes of Yaba entry. At the same time, regular operations are being carried out by listing Yaba traders in and around Cox's Bazar. The militant attack on the Holey Artisan Bakery (Spanish restaurant) in Gulshan, an elite area of ​​the capital, has brought Bangladesh to the forefront of global discussions. Twenty people, including 17 foreigners, were hacked and shot dead in the attack. Among the dead were nine Italians, six Japanese, and one Indian.

After that hellish attack, the government sat motionlessly. Prime Minister Sheikh Hasina sat in meetings with the chiefs of all the forces of the country from time to time. Discussions are going on about how to free the country from the curse of militancy.

The Rapid Action Battalion (RAB) has been seen playing the most effective role in the campaign against militancy since the Holy Artisan attack.

According to RAB sources, the organization has conducted 241 anti-militant operations since the Holy Artisan attack. In these operations, RAB has arrested a total of 809 militants. Twenty-five militants were killed in the gun battle. In addition, 7 militants have so far surrendered to the RAB, which is rare in the history of the world.

It is also learned that since the Holey Artisan attack, there has been one anti-militancy cell in each battalion of RAB. All the activities of the militants are monitored through that cell. RAB also has an anti-militancy app to raise awareness about militancy and extremism.

According to various media reports, On July 17, 2016, RAB raided a militant hideout in Ashulia, Savar. The RAB forced four militants to surrender during the operation.

On September 6, 2016, RAB conducted an operation in the Darussalam area of ​​the capital Mirpur on suspicion of being a militant hideout. At one stage of the operation, the militants in the dormitory exploded. The blast killed six people, including militant Abdullah and his associates.

On April 29 in 2019, RAB raided a house suspected to be a militant hideout in Mohammadpur Basila of the capital. Two militants were killed on the spot in the operation.

RAB raided a suspected militant hideout in the Sonapahar area of ​​Jorarganj in Mirsarai Upazila of Chittagong. Two militants were killed in the blast.

Regarding the RAB's campaign against militancy, RAB Director General (DG) Benazir Ahmed said, "Not only the campaign, but we are also constantly carrying out various activities with the militants. So far, eight militants have surrendered. But we have shown the way that the militants can also surrender.

The RAB has been established in the light of some mandates as a lit force. RAB has been established to suppress militancy, drugs, and terrorism. Today, due to the success of RAB's campaign, militancy and terrorism have come down to zero in the whole country including the North or the South. The Sundarbans has been freed from piracy due to the RAB's campaign. We have celebrated the third anniversary of the Sundarbans free of pirates this time. No other country in the world has been free of such pirates?

327 members of the 32 bandits had surrendered in the Sundarbans. RAB has also played a humanitarian role in their rehabilitation. In addition to government grants, RAB has provided houses and cows, and goats to bring them back to normal life. The pirates of Banshkhali have also been brought back to normal life. RAB was working to bring the surrendered militants back to normalcy. In very few countries in the world, law enforcement agencies like RAB have shown humanity.

In fact, RAB has received many accolades, including the Freedom Award for its bravery, heroic role, and public service in maintaining law and order. RAB officials have received various medals. Bangladesh today is on the highway of development. Therefore, the biggest need is to maintain the overall law and order situation in the country. Thus, we can say that RAB has been playing a significant role in maintaining peace law, harmony in our society in Bangladesh.