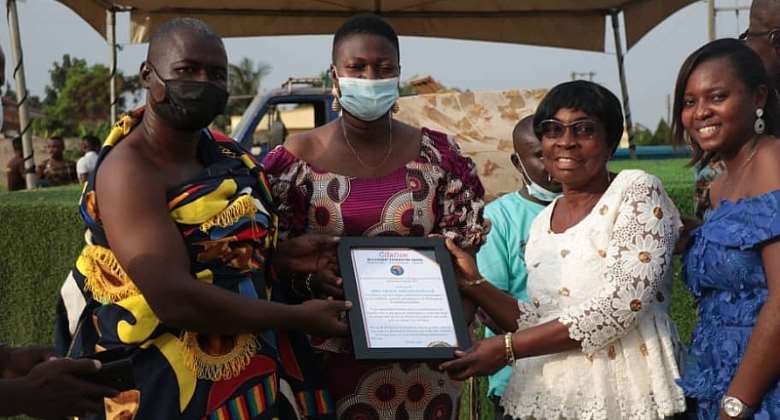 Founder and Chief Executive Officer (CEO) of the Willing Ways Foundation Ghana (WWF), Mrs. Lydia Abena Manu Freeman has called government and Ghanaians to adopt a system of making mental health care and drug addiction one of their topmost priority this year.

Delivering a speech at the Willing Ways Foundation ‘2021 Stakeholders recognition awards’ the 2018 CNN heroes award nominee and CEO of WWF, treatment of the mentally ill and addicts need a united front and joint hands hence the need for everyone to get on board.

According to her, there is a need for Government to establish more rehabilitation centers and support the existing ones to make them effective and attractive to eradicate the mental unstable off the streets. She said treating such illness needs time and monitoring of patients which cannot be done without these rehabilitation centers.

Mrs. Freeman however called on Ghanaians to understand that mental illness and addiction are diseases, therefore, must be treated as such and not to always relate them to satanic diseases and also advised they join hands with government and other stakeholders in the fight against mental health and drug addiction..

She believes such a fund will help cater for them and avert serious consequences in the near future as they can be of security threat to their families, community and Ghana at large.

Mrs. Lydia Freeman emphasized the need for government to create a fund for mental health care as she believes mental patients are being ignored and rejected by society which is not in the right direction. She says society turning their backs on mental patients and drug addicts eventually bring a burden back to us.

“If we don’t get a fund for these people and continue rejecting them, they will come back to us with weapons to take away our hard earned property therefore we must all join hands to solve this challenge to make our neighbourhoods safe,” she added.

The psychiatrist lamented a general lack of knowledge regarding mental health issues and bemoaned the treatment meted out to mental health patients.

Ending her speech at the event, Mrs. Lydia Abena Manu Freeman thanked various stakeholders for their tremendous contributions and support to the foundation since they came in existence in 2011. She expressed gratitude to chiefs and traditional rulers in the Ejisu locality for their kindness to the facility.

About 50 persons including Media practitioners, police personnel, chiefs and other stakeholders were awarded honorary citation by the Willing Ways Foundation.

Ministry of Youth and Sports directs GFA to dissolve Black S...
53 minutes ago