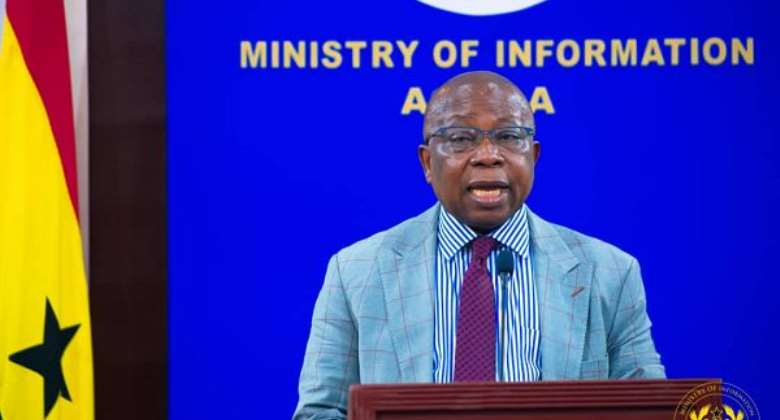 Health Minister, Kwaku Agyeman-Manu, has disclosed that the government's ambitious Agenda 111 project has made progress of 35 percent amid some challenges.

Speaking on Ghana Television, Mr. Agyeman-Manu, explained what had held some of the projects back.

“On average, we have done close to about 35 percent works on all the 101 facilities… There were a lot of pre-contract arrangements, things that we needed to do; siting, topography surveys to ensure that there are places where contractors can move into.”

“Out of the 101 district hospitals, 55 sites are progressing. Forty-six have various challenges and will be held back a little bit,” he added.

Mr. Agyeman-Manu noted that there are land dispositions in some locations.

“In some districts, we do not even have the land yet. In places in the cities like Accra, the whole place is littered, and you don't know where to put your facility.”

He further indicated that “for the five regional hospitals, we are about 25 percent completed with arrangements. For those ones, we are not using direct government money. We are going outside [for funds].”

“We are anticipating that between now and the two years ahead of us, we will get closer to completion, if not fully completed,” he added. About Agenda 111

The Agenda 111 project is part of a plan by the Akufo-Addo administration to ensure that 101 outstanding districts will be provided with hospitals in addition to 10 selected regional and specialised hospitals.

In August 2021, President Akufo-Addo cut sod in the Ashanti Region to signal the beginning of hospital projects across the country.

There will also be the construction of two new psychiatric hospitals for the Middle Belt and Northern Belt, respectively, and the rehabilitation of the Effia-Nkwanta Hospital in the Western Region.

So far, the government has said sites have been identified for 88 of the 111 hospitals, with over 200 contractors expected to work on the grounds.

It is expected to take 18 months to complete from the commencement of each unit, with a funding of $100 million from the government through the Ghana Infrastructure Investment Fund (GIIF).