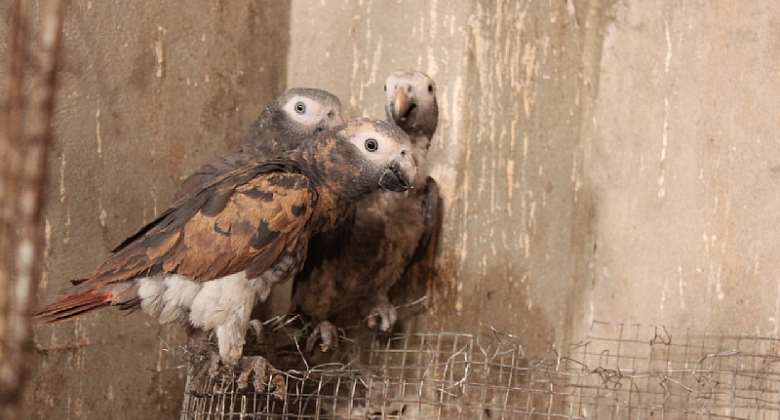 Every month, Facebook attracts 2.89 billion active users . Every minute there are hundreds of thousands of comments and status updates. Each could be discussing anything, including extremist views, or the sale of endangered wildlife across continents.

Social media platforms have enabled wildlife traders to connect as never before. Some operate legally, within the boundaries of international laws. Others are less scrupulous. Illegal traders use private chats and groups to bypass middlemen and exchange information on how to evade law enforcement . They use the ecosystem of public and private channels on social media platforms to sell wildlife as pets or luxury artefacts. Public posts enable traders to connect with a potentially vast global customer base, but arrangements for payments and shipping, and conversations about what else may be available, can be quickly directed to private messaging services.

Some platforms have introduced strong community standards prohibiting attempts to buy or sell endangered wildlife and private sales of live animals. But it takes only seconds to find, for example, endangered parrots for sale. Dig a little deeper and you can find posts featuring wholesale quantities of parrots captured from the wild for export, in what would be clear violations of international laws.

Tackling this is critical: the wildlife trade poses a major threat to global biodiversity. It can also contribute to the spread of infectious zoonotic (passed from animal to human) diseases.

In a recent study published in the journal Conservation Biology, we examined the online behaviour of wildlife traders based in West Africa. We wanted to explore how researchers and moderators can use information scattered across different parts of social media platforms to detect posts selling wild birds.

Some of the trade we studied is permitted under international agreements. But its scale and scope, which is discussed in a forthcoming parallel study, has conservationists concerned. Trade in wild parrots from West Africa has also been linked to the global spread of infectious diseases. Some of the exporting countries in this study, Mali, Côte d'Ivoire and Senegal among them, are working to contain highly pathogenic strains of avian influenza.

Working with ornithologists, conservationists and legal analysts, we were able to identify over 80 different species in trade, some of which are highly threatened and prohibited from commercial trade under international law. Species ranged from parrots and hornbills to songbirds and doves.

We detected 400 social media posts made by known bird traders featuring or promoting birds in trade.

The majority (80%) did not contain explicit text that could be used to determine that the posts were intended to facilitate the sale of wildlife, violating platform community standards. African songbirds in a holding facility in West Africa available for export. World Parrot Trust

The application of simple algorithms searching for words such as “for sale”, or the names of target species, would help detect some of this activity. But admins in some closed Facebook groups have advised their members to avoid using certain key words. This means a significant amount of trade would pass under the radar of key word algorithms.

However, our research found that the triangulation of information available elsewhere both within and beyond social media platforms could be used to make powerful inferences about how posts facilitate trade, violate platform standards and signpost illicit activity. Such information may be found in elements such as images, profile descriptions or comments. This is why it's important that experts be involved in monitoring social media for potentially illegal trade: they have the knowledge to identify the species involved and contextualise the activity within international and domestic regulations.

Different wildlife “products” are bought and sold in different locations online and in different ways. There is no “one size fits all” solution for detecting wildlife traded online, let alone all illicit and harmful goods.

Our study, however, establishes a framework for thinking about how different sectors of illicit or harmful activity can be understood and monitored and moderated more effectively. Careful analyses, led by experts in specific fields, can help in the design of algorithms and approaches to moderation tailored to the situation.

Our study happened against the backdrop of major global discussions about how best to regulate social media platforms . New regulatory legislation is being planned or coming into play in major economies including China , the US , the EU , Australia and the UK , aimed at cajoling and coercing big tech to do more to protect users from harmful content.

Regulators are mindful of the need to balance the harms and benefits of the brave new world ushered in by social media. Designing moderation practices that make a meaningful impact on the vast amount of wildlife traded on the internet is no trivial undertaking. But it is clear that greater action is needed.

We propose that the solutions lie with tech firms working closely with subject matter experts to design moderation practices tailored to the trade in different species across regions. Regulators, tasked with determining if tech firms are fulfilling their duty of care (as proposed in the UK's draft Online Safety Bill ), should similarly engage with subject matter experts to ensure that tech firms' approaches are fit for purpose.

Carefully designed algorithms that can intelligently triangulate across multiple data sources will be part of the solution. Manual analysis will also be critical. In our study, knowing which species were in trade and the relevant local legislation was critical for understanding legality. But such tasks lie beyond the abilities of artificial intelligence and machine learning.

Collaborations and partnerships between tech firms and subject matter experts remain in their infancy. But cleverly designed legislation, savvy regulators and investment from tech firms are needed to drive solutions forward at pace.

Alisa Davies, a wildlife trade specialist at the World Parrot Trust , contributed to this article and was a co-author of the research it is based on.

Amy Hinsley received funding in 2012 from the UK's Natural Environment Research Council (NERC) for her PhD on the online wildlife trade.

Ana Nuno and Rowan O. Martin do not work for, consult, own shares in or receive funding from any company or organisation that would benefit from this article, and have disclosed no relevant affiliations beyond their academic appointment.