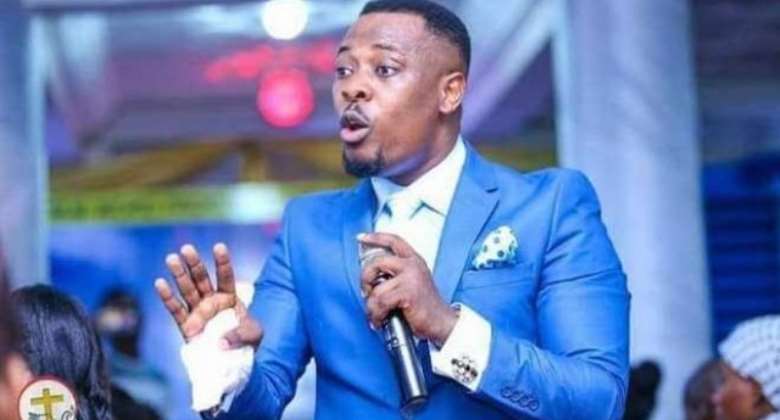 By his actions, he is worse than a confusionist. He is one of the prophets in Ghana who for what they stand to gain as selfish individuals as they are, will go all the way to plant false hopes in John Mahama and the NDC to trigger them to resort to absurd and illegal machismo methods to make claim to what is not theirs.

When you prophesy victory in NDC’s favour, although as false as the prophecy is, they may think it is true. Hence when the truth unfolds contrary to what has been prophesied to them, they start kicking the fuss, thinking they’ve been robbed of their victory crown. This is what makes Nigel Gaisie a dangerous person in the country. He is not alone. There are many others of his nature among whom is Prophet Badu Kobi; another shameless crook who in the face of American President Donald Trump having clearly lost election 2020, was still prophesying victory for him.

Anyone who continues to believe and entrust Nigel Gaisie as a man of God who can take them to heaven or open the gates of heaven to shower blessings and prosperity on them must be a big fool after watching the underlying video where from the horse’s mouth, Nigel is proving himself a fake prophet.

I wonder why Ghanaians still visit Nigel Gaisie’s church after he had self-confessed to being a womanizer with unabated libido. A prophet who cannot overcome his womanising is not worth his salt. He is a damn liar, crook and a thief, simple as.

He has lately been caught trafficking electricity and exposed in a video doing some dodgy thing in bed with a lady he claims to be his niece.

Nigel Gaisie is leading many a Ghanaian astray so the Inspector General of Police, Dr George Akuffo-Dampare and his forces must step in to redeem his church members from his grips or else, he lead them to hell without their knowledge.

For how long will NDC and John Mahama allow Nigel Gaisie to fool them, for they on the other hand, to deceive Ghanaians? They must bear in mind that as foolish as the prophet is, so are his followers. Therefore, as crook as Nigel Gaisie is, so are the NDC guys and anyone following him.