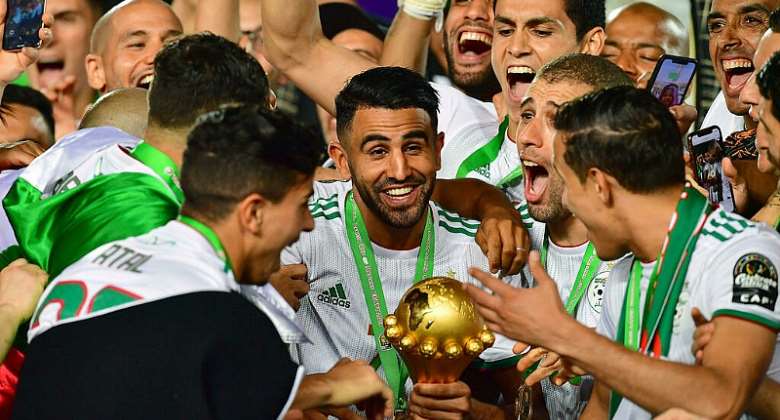 Algeria skipper Riyad Mahrez called on his teammates to rise to the challenge of becoming the first nation in more than a decade to successfully defend the continent's most prestigious national team football competition.

Egypt won a third consecutive Cup of Nations title in 2010. But in the four subsequent tournaments between 2012 and 2017, Zambia, Nigeria, Cote D'Ivoire, Cameroon lifted the trophy.

Algeria edged past Senegal to win the 2019 competition and start the delayed 2021 tournament as one of the favourites along with the team they beat 1-0 in Cairo.

"This will be even harder than the last Cup of Nations," said Mahrez ahead of Algeria's first match in Group E in Doula against Sierra Leone.

"The level will be a step up and the other teams are better. But we come here with the ambition and determination to try to replicate what we did in 2019 and achieve great things again."

Consistency
Djamel Belmadi has maintained his post as head coach and steered the team through an unbeaten run of 34 competitive outings.

Sierra Leone, who last appeared at the Cup of Nations in 1996, are not expected to end that sequence at the Japoma Stadium.

"We know Algeria are one of the better sides in Africa," said head coach John Keister.

The former Sierra Leone international added: "Football is about who wants it more on the day and we are prepared for that. Records are there to be broken.

"As a nation, if we want to be coming to this competition every two years we have to come here and play against the better teams in Africa.

"It helps our development. We are looking forward to the game against Algeria and we are going to be competitive, that's for sure."

Challenge
Sierra Leone will also face Cote D'Ivoire and Equatorial Guinea over the next 10 days and will go into each match as underdogs - a status unavailable to Algeria.

"We just have to get on with the pressure," said Belmadi.

"Of course there is a difference between the situation in 2019 and now as we come into the tournament as the holders.

"But it's fine. We are ambitious and will do everything to fulfil our objective."