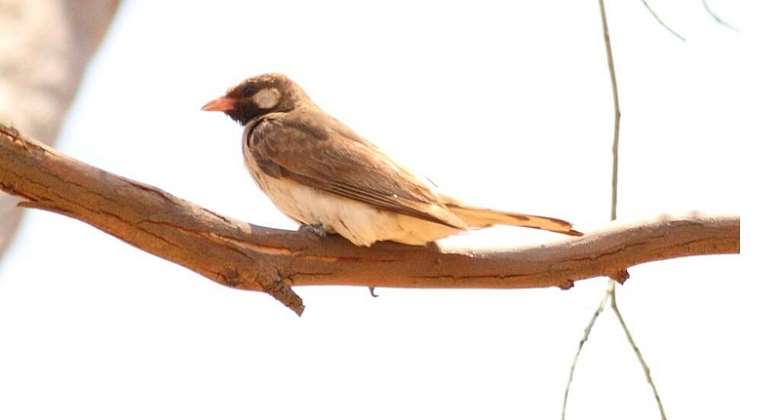 Heard of the honeyguide, the charismatic sparrow-sized bird with a white ear patch and a pink bill that leads people in parts of Africa to honey?

Its demise is blamed on political insecurity, waning interest among the young and drought that has led to fewer bees and less honey.

Awer honey hunters have for centuries whistled through holes pierced in the shells of giant African land snails to make contact with the greater honeyguides, or miris. The birds are sometimes rewarded by hunters with a scrap of (edible) beeswax for their efforts.

Now the practice is “very much on the brink of extinction,” said Jessica van der Wal, lead author of the new study published in the journal Frontiers in Conservation Science.

Security threat
"At some point it was probably common throughout sub-Saharan Africa," she told RFI. She added that there are still a handful of honey-hunting groups that depend on honey and honeyguides: the Boran of northern Kenya, the Hadza of Tanzania and the Yao of Mozambique are among them.

But among the Awer the practice is definitely in decline, van der Wal's study shows.

"We are very confident that it is declining, but we can't put a number on it," she said. "All we know is that the honey-hunters all indicated that there is now less honey-hunting than before."

The Awer blame the decline on years of drought, which appears to have affected wild honey production. Younger members of the community are too busy farming or at school to spend time hunting for honey, her co-author Isa Gedi was also told.

Cross-border attacks from Al Shabaab militants based in Somalia represent a recent threat to locals in Lamu, which means honey hunters are restricted in the number of places they can follow the honeyguides to.

Honed over millennia
Awer families were forcibly settled in villages along Lamu's main Hindi-Kiunga road in the 1960s. Its members have had to adapt to modern life, including raising some crops and livestock away from their traditional hunting and foraging grounds. Until more recent years, honey hunting with the honeyguide was also an intrinsic part of their lives.

Van der Wal, who is also a post-doctoral fellow with the FitzPatrick Institute of African Ornithology at the University of Cape Town, said the loss of the honey hunting practice among the Awer has implications for nature conservation. Unique cultural practices that engage with nature can be used to promote conservation models that serve both people and the environment.

"Groups like the Awer and their traditional livelihoods are marginalised and ignored in conservation efforts," she said.

"Human-honeyguide mutualism is a great example of positive human, wildlife interaction that can show that community-based conservation works."

The study managed to interview six active hunters (the total number of hunters in the 12 or so villages where most of the Awer live is estimated to run only into the dozens).

Food rewards
The hunters told of using whistles and other calls to summon the birds and trigger the search for hives, which are mostly found after 15-30 minutes. The bees are then subdued with smoke.

Only one of the interviewees said that he left beeswax as a reward for the birds. The others preferred to bury empty wax combs to make sure the birds co-operated again, though the researchers said the birds were still likely to profit from the encounter.

“Scraps of wax inevitably remain inside or around the newly exposed nest; these are likely to provide sufficient benefit to make the bird's guiding efforts worthwhile,” they noted.

Brian Wood is an associate professor of anthropology at UCLA who has studied honey hunting among Tanzania's Hadza.

Wood, who was not part of the Awer study, told RFI that honey is highly-valued socially and symbolically because of its medicinal properties, its rich source of calories, and its economic importance.

The human-honeyguide partnership has sustained people and honeyguides in Africa “from time immemorial,” he said.

“Just as conservationists and others are motivated to prevent harmful practices by people that limit wildlife populations, they should also be motivated to preserve practices that provide benefits to both people and wildlife, and the human-honeyguide partnership is a prime example of such.”