AFCON 2021: Let's Cut Down On The Expectations Because We Just Dont Have A Team!! 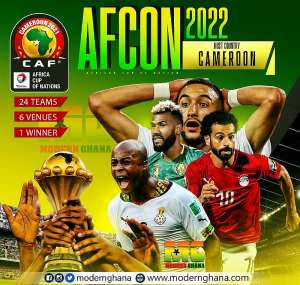 It is an established convention in Ghana; followers and sympathisers of a ruling government always supports the Black Stars on national assignments at global tournaments. This unflinching support is often motivated by two things:

1. Opportunity to free trips for tournaments

2. Perception that it enhances the government's image for possible electoral fortunes.

For this, supporters of ruling governments, uncompromisingly, project an obviously limping Black Stars team as the best Ghana has ever had, and project one-touch victory at prevailing tournament.

When Ghana first qualified for FIFA tournament in 2006 in Germany, under the second term of President Kufuor-led NPP administration, followers of the parry that had never stepped a foot at the Kotoka International Airport ever in their lives, were jetted, as supporters of the national team, to Germany.

2010 in South Africa gave birth to the legendary Alfred Agbesi Woyome magic which witnessed NDC FOOL-soldiers being camped at El-Wak stadium to be airlifted to tournament.

But in the end, their hopes were dashed when the exercise did not materialise, and they were asked to get some paraphernalia and return to their villages to pretend they had just returned from the tournament in South Africa.

With prevailence of the covid-19 pandemic currently being fuelled by the rampaging Omicron variant, with even members of playing body of the various teams contracting the virus and ending up being isolated, I, sincerely, do not think the State would bother airlifting any supporters to Cameroon for the upcoming AFCON tournament.

In 2014, and under the Presidency of the Mahama-Amissah-Arthur-led NDC administration, thousands of NDC party foot soldiers were airlifted to Brazil.

And while some of them were in the air, the Black Stars matches were in the 90th minutes. And those that were already in Brazil watched the games at rat holes they were being kept.

It was in Brazil that government officials blew taxpayers cash on $30 for one coconut; $200 to watch bikini-clad Brazilian beauties climbing trees; $4000 for errand boys to local markets etc.

It was at that tournament that the word "co-efficient" was first introduced in Ghana football administration; with those who shed gallons of unadulterated crocodile tears, being elevated with juicier appointments at the presidency.

It was in Brazil that Black Stars players pummelled GFA officials by way of hefty slaps, held the entire nation to ransom with their blackmailing tactics of placing monetary considerations above patriotism, which necessitated the emergency airlifting of $10m of taxpayers' cash in a private jet to Brazil.

From that point, the nation's spirit which had always been behind the Black Stars, completely evaporated and has never returned. Most players of that squad became accursed, and their careers ended on the rocks.

Since then, Ghana has not had any quality team with sense of direction, patriotism and national pride. What we have been having are rudimentary assembling of low-grade and often over-aged bench-warmers of 4th tier leagues in Europe and Asia.

The GFA continues to be ran by the same crop of notoriously deadly mafia whose interest is hefty bonuses and trading in player transfers, with absolutely no vision to reform the game of soccer from the base.

Indeed, there are some of them who, ironically, always complain of Ghana's dire economic state but have presented a budget containing mega bonuses for themselves and the playing body of Black Stars in the upcoming AFCON tournament.

But as expected, followers of the NPP government are massively rooting for the Black Stars to, magically, win the coming AFCON tournament in Cameroon.

And I said "magically" because our current team, unquestionably, is the worse in living memory: talent is zero, commitment nonexistent and patriotism totally gone with the wind.

And to make matters worse, these classless players, unfortunately, is being managed by an equally classless 4gram empty Milo sachet.

Indeed, this is the reality we must, as a nation, come to terms with and cut out the fixation to false hopes. Today's football is purely scientific and beautifully exhibited by well-dedicated and genuinely nationalistic professionals. Ghana currently does not have it.

Performance at football tournaments has no bearing on a government's fortunes in elections; delivery of social contracts, signed with the people, does.

The best we can do, under the prevailing circumstance, is to wish the team well but not to harbour a totally flimsy bravado of winning the tournament.

Let us, therefore, be realistic and water down on our expectations, albeit magical or miraculous, of the Black Stars in the upcoming AFCON tournament in Cameroon, because, we just do not have a team!!!