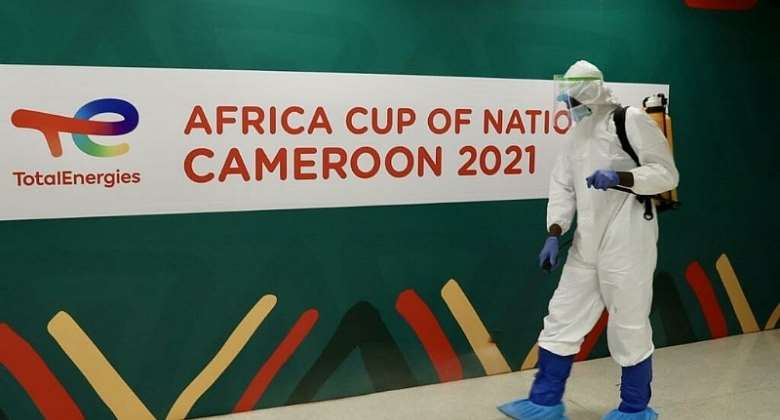 Controversy erupted at the Africa Cup of Nations in Cameroon on Saturday after Burkina Faso's skipper and assistant coach hit out at the organisation of coronavirus testing on their squad.

Burkinabe captain Bertrand Traoré branded the process a scandal as he and his teammates finalised their preparations for the opening match against Cameroon on Sunday at the Olembé Stadium in Yaounde.

Traoré and assistant coach Firmin Sanou said a medical team turned up at their hotel inYaoundé on Friday morning to carry out tests.

When Burkinabe officials tried to confirm their accredeitation, the Confederation of African Football (Caf) - which organises the Cup of Nations - said it had not sent any medics.

Scandal
“It's a scandal," said Traoré. “We cannot be deprived of several first team players 24 hours before a match. The authorities must review the organisation.”

Burkina Faso will take on Cape Verde and Ethiopia after their clash against the hosts in Group A.

Malo's men will expect to reach the last-16 knockout stages.

“We have confidence in the players who come in for the ones who are out,” said Sanou. “But obviously such late changes call everything into question.”

Caf as well as Cameroonian administrators have been bullish about staging the tournament even as the number of infections from the Omicron variant of the coronavirus rockets across the globe.

Anger
Former Cameroon international Samuel Eto'o - who took over as head of the country's football federation last month - raged that racism has infected questions about the logic of staging the competition.

“Why would the Africa Cup of Nations not be played? Give me only one valid reason," he chafed.

"Or, we are being treated, as we have always been treated? As if we are less than nothing and we must always suffer.”

But the numbers continue to eclipse the indignation

On Thursday, the Gabon skipper Pierre-Emerick Aubameyang tested positive for Covid 19 on arrival in Cameroon, along with team mate Mario Lemina.

Isolation
If PCR tests confirm the results, they will go into isolation and will miss Gabon's opening game in Group C against the Comoros Islands at the Ahmadou-Ahidjo Stadium in Yaoundé on Monday evening.

The Guinea Football Federation said that defender Mikael Dyrestam and the goalkeeper coach Kemoko Camara were in isolation after positive tests just before the rest of their delegation departed for Cameroon from their training base in Rwanda.

Carlos Queiroz, the Egypt coach, postponed the squad's flight to Cameroon following infections in the camp.

The veteran coach tweeted: “Unprecedented times. The more the situation becomes difficult, the more we stay together and strong. Better we stand together and focus on what we need to do to meet the challenges."

Egypt kick off their quest for a record-extending eighth title on Tuesday against Nigeria in Garoua.

Organisers and team delegations expect infections to play havoc with fixtures. Squad sizes have consequently been increased for the month-long competition from the usual roster of 23 to 28 players.