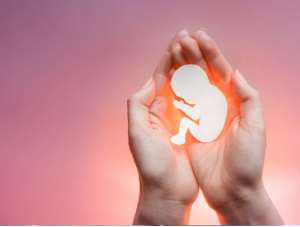 IN THE part one of this article, we considered the certainty of Christian leaders offering counselling services to nearly a third (31 per cent) of earth's 7.3 billion people, who are deemed to be Christians, according to a new Pew Research Center demographic analysis. Pastoral care and counselling is necessary to help counselees make best ethical decisions including abortion.

In discussing issues concerning abortion, it is important to draw attention to the fact that abortion does not only involve the pregnant woman, but also the unborn baby, even sometimes the society. Regarding the baby, Normal L. Geisler points out three basic positions on abortion, centering on the question of the human status of the unborn.

Irrespective of the views that are held whether in respect of the unborn or the mother, the society in which the woman lives has a stake in her welfare. English metaphysical poet and Christian, John Donne, was right when he said, “No man is an island entire of itself, Every man is a piece of the continent, A part of the main.”

This means the woman seeking abortion is part of society in which the pastor also lives. The pastor, therefore, must be concerned about the well-being of the woman, particularly considering his position as a Christian leader, who has been ordained to provide Godly leadership to people, using the Bible which is the Word of God for humanity as supreme guide.

Indeed, abortion has become a very topical ethical issue in various parts of the world culminating in the development of three perspectives such as Pro-choice group, Pro-life advocates and Religious Advocates. The Bible, according to Asiedu-Amoako, is the origin of Christian ethics which is defined as “a systematic explanation of the moral example and teachings of Jesus applied to the total life of the individual in society and actualised by the power of the Holy Spirit.”

This definition, in his view, shows how the teachings of Jesus Christ help and influence Christians to live ethical lives by the instrumentality of the Holy Spirit. Christian ethics is not a theory, model, framework, or human or divine intellectual construct. Christian ethics is qualitatively different from the ethics of any world religion. Christian ethics is about “who we are called to be” rather than a set of “rules” or “who we want to be.”

Thus, Susan A. Salladay, points out “who we are called to be is in Christ Jesus. We are created anew to do good things he has planned” (Ephesians 2:10), to “live in him [and] see to it that no one takes [us] captive through hollow and deceptive philosophy, which depends on the basic principles of this world rather than on Christ,” (Colossians 2:6-8, NIV). We know “God works for the good of those who have been called according to his purpose,” to be conformed into Christ’s likeness (Romans 8:28-29, NIV). As Christ’s ambassadors, God makes his appeal to the world through us (2 Corinthians 5:20).

Michael A. Grisanti supports the views expressed above when he writes, “in making a decision concerning abortion, both biblical and ethical perspectives must be considered. The Bible gives several reasons why abortion is wrong because it does not distinguish between a person’s state before and after birth, because it indicates God “knew” certain ones before birth, because it indicates King David was a sinner from conception, and because John the Baptist reacted while still in his mother’s womb.

He continues, “Moreover, it is written in Jeremiah 1:5 that, “Before I formed you in the womb I knew you, before you were born I set you apart; I appointed you as a prophet to the nations.”

Psalm 139:16 says, “Your eyes saw my unformed body. All the days ordained for me were written in your book before one of them came to be”. Isaiah prophesied doom for Babylon, including the murder of unborn children: “They will have no pity on the fruit of the womb” (Isaiah 13:18).

Clearly, the passages of Scripture above show how unethical abortion is. In fact, some theologians argue that God is the giver of life and no one has the right to take anyone's life no matter the circumstances. It is, however, interesting to note that although some Christians fiercely oppose abortion in any circumstance, others just as fervently defend the right of a woman to have access to an abortion.

In an article, Bolton argues that, “The Bible declares that God breathed life into man’s body (Genesis 2:7). At least a dozen more verses indicate that breath is synonymous with life. This scriptural truth completely contradicts the personhood dogma. More importantly, if the fertilised ovum is a person, as anti-abortion extremists claim, then God’s record as the greatest murderer of unborn children is expanded further.

“That is because most fertilised eggs either fail to implant in the uterine wall and pass out of the body or do implant, begin to develop and then are spontaneously aborted. Less than one-third of fertilised ova survive to become living humans.” He continues, “It is also noteworthy that while the Bible requires the death penalty for 60 specified criminal violations, abortion is not among them. When all relevant documentation is examined, it is obvious that God does not love the unborn and he certainly does not disapprove of abortion.”