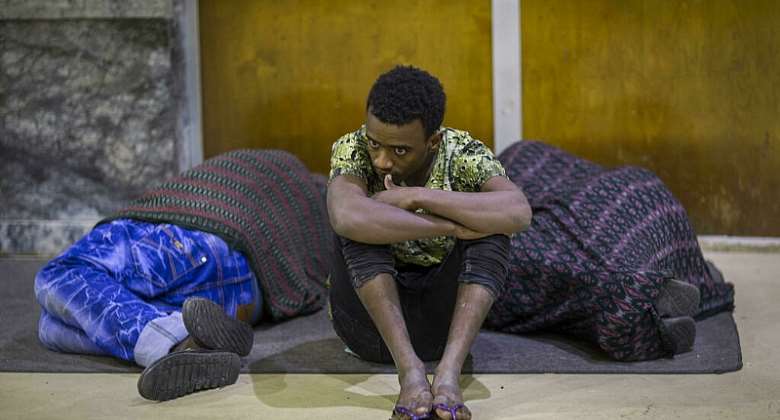 Tigrayans and other detainees who were deported from Saudi Arabia to Ethiopia should never have been sent back, according to a new report by Human Rights Watch.

The NGO says that that the prisoners, who were already tortured and abused in Saudi Arabia, faced the same treatment when they were repatriated.

“Tigrayan migrants who have experienced horrific abuse in Saudi custody are being locked up in detention facilities upon returning to Ethiopia,” said Nadia Hardman, refugee and migrant rights researcher at Human Rights Watch.

“Saudi Arabia should offer protection to Tigrayans at risk, while Ethiopia should release all arbitrarily detained Tigrayan deportees,” she added.

Human Rights Watch documented the mistreatment and forced disappearances over 10 months, speaking to more than 20 Ethiopians who had been subjected to abuse.

Ethiopians in Saudi Arabia
The repatriation of Ethiopians accelerated after the government announced a year ago that it would cooperate with the return of 40,000 of their nationals from Saudi Arabia.

An investigation by the UK newspaper The Independent in 2020 showed that Ethiopians and others were forcibly detained in slave-like conditions in the Kingdom, and regularly beaten.

Tigrayans made up 40 percent of those returnees over an eight-month period in late 2020 until June 2021.

While those who returned home were initially overjoyed to escape daily mistreatment in detention centers throughout Saudi Arabia, they were not aware of the additional horrors that awaited them.

The surge in repatriations last year, coupled with the ongoing war in Ethiopia made Tigrayans even more vulnerable than they already were, the research reads.

It notes that Tigrayan forcible disappearances, profiling, and arbitrary detentions by Ethiopian authorities in Addis Ababa increased after the Federal Forces withdrew from the Tigray region and the war continued.

Many returnees are held in government detention centers throughout the country.

Berhe, a 34-year-old Tigrayan who returned to Ethiopia in July, said that he had spent two days in Addis at a detention center and then tried to travel to Tigray.

Police stopped the bus at a checkpoint in the Afar region and took their documents and mobile phones.

“We stayed at the checkpoint for three days and three nights on the bus for all that time,” he said, noting that the place was far  outside town.

“We had no food or water. On the fourth day we were taken to Awash [Afar region]. We didn't know where we were going and we couldn't contact our families,” he added.

He was finally taken to a detention facility where he has spent the past five months.

Another Tigrayan, Trhas, 33, told the NGO that she was stopped at a checkpoint, put in a military camp with 700 other deportees, and then sent to a detention facility. They spent a day on the bus without food or water.

“We asked the federal police for food and water and the toilet, but we were beaten if we left our seats. They told us: 'Bandits don't need food,'” she said.

When the bus stopped at various points so soldiers could buy food and drink for themselves, the male detainees tried to get off the bus, she said.

“The police beat them using something like a wire in their hands,” she added.

No response
On the back of its findings, HRW sent queries to Saudi government officials,the Ethiopian National Disaster Risk Management Commission, and the Federal Police Commission asking them about the conditions and treatment of the detainees. They have not received a response to date.

Now, HRW has called on both the Saudis and international community to do more to help the Tigrayans.

“Saudi Arabia should stop holding Tigrayans in abhorrent conditions and deporting them to Ethiopia, and instead help the United Nations High Commissioner for Refugees (UNHCR) to provide them with international protection,” the report adds.