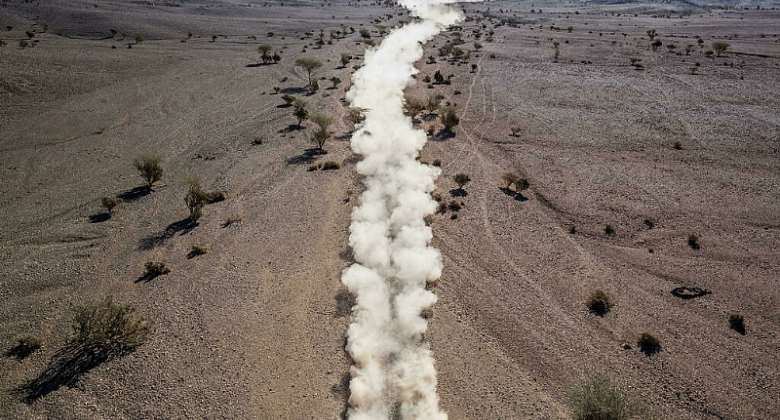 French authorities have launched a terrorism probe into an explosion that hit a vehicle during the Dakar 2022 rally in Saudi Arabia, badly injuring a French driver.

The investigation into the 30th December incident is to look into "attempted murder in relation to a terrorist undertaking", the National Anti-Terrorist Prosecutor's Office said Tuesday.

Five French crew members were travelling in a support vehicle belonging to the French team Sodicars when the explosion went off in the Saudi port city of Jeddah.

Sixty-one-year-old Philippe Boutron underwent surgery in Saudi Arabia suffering severe leg wounds. He was repatriated to France on Monday and put into an induced coma in a military hospital near Paris.

Organisers of the annual competition said the incident occured shortly after the Sodicars team had left their hotel and were on their way to the race route.

The blast, which French newspaper L'Equipe said ripped through the floor of the vehicle before setting it alight, was not related to racing, the organisers added.

Meanwhile Saudi authorities indicated there was no criminal suspicion.

France's terrorism probe has been entrusted to the Directorate of Internal Security (DGSI), the country's counter-terrorism security agency.

The Foreign Ministry has updated its advice on Saudi Arabia, appealing for maximum alert citing an existing “security risk”.

Formerly known as the Paris-Dakar, the race – open to both amateurs and professionals – used to be staged from the French capital to the Senegalese capital.

But security threats in the Sahel, which led to the cancellation of the 2008 event, saw it moved to South America in 2009. The rally been held entirely in Saudi Arabia since 2020.

This year's final stage will take place on 14th January.