Patients dying as medicines run out in Ethiopia's Tigray: doctors 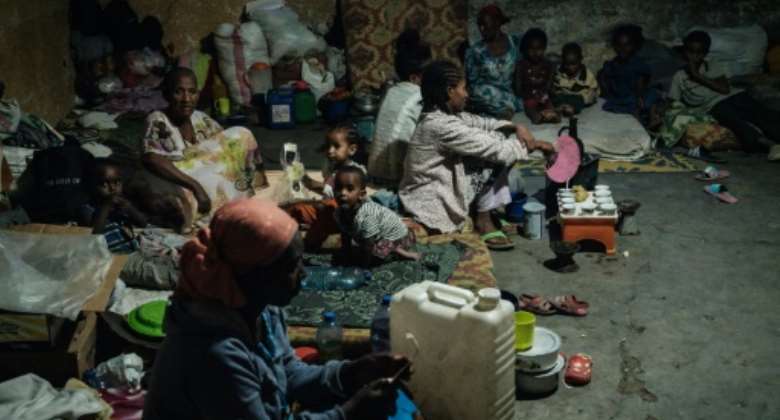 The UN says hundreds of thousands of people are suffering from famine in Tigray because of a de facto blockade. By Yasuyoshi CHIBA AFPFile

Doctors in Ethiopia's war-hit Tigray region say patients are needlessly dying of treatable conditions because a de facto blockade is preventing medicines and other life-saving supplies from reaching stricken hospitals.

A dire shortage of oxygen, intravenous fluids and other critical equipment had made surgery and essential procedures almost impossible over the past six months, according to doctors from Tigray's biggest hospital.

"As a result, children who needed shunt surgeries are left to die, those with treatable cancers are denied their rights and those with fractures are forced to wait while being immobilised," said a statement from doctors at Ayder Referral Hospital dated January 4.

"Those who could easily have been saved with hemodialysis are dying. Patients who have had dialysis for years at our hospital are forced to die just because the supplies that could have been brought are not allowed to reach us."

Thousands of people have died in Ethiopia's 14-month-long war and parts of Tigray are experiencing famine conditions.

Access to Tigray is restricted and AFP could not independently verify the doctors' accounts.

The region is also under a communications blackout and what the United Nations has described as a de facto aid blockade, preventing sufficient food and medicine from reaching the northern region of six million people.

No trucks with aid cargo have reached Tigray since December 12 and others waiting to enter the region had been plundered, the UN humanitarian agency OCHA said in its latest report.

Health outreach has been halted in parts of Tigray because of a shortage of essential drugs, OCHA said.

The doctors at Ayder Referral Hospital painted a picture of desperation as supplies dried up in recent months.

Medics begged businesses in the capital Mekele for donations of soap and detergent, as doctors went to work without gloves, antibiotics or painkillers for women in childbirth.

Blackouts were frequent and oxygen supply irregular "resulting in the death of patients because of the frequent breaking down of the machines" that could have been repaired if spare parts could have been sent from Addis Ababa.

"Whatever the cause of the war is, it cannot be right or ethical to deny patients lifesaving health care," the doctors said.

The Nobel Peace laureate declared victory but rebel fighters hit back, recapturing most of Tigray, and pushing into neighbouring regions.

The rebels reportedly reached around 200 kilometres (125 miles) outside Addis Ababa by road but in recent weeks pro-government forces have driven them back inside Tigray's borders.

The Ethiopian government and the TPLF have blamed each other for impeding aid into Tigray.