US envoy to explore peace prospects in Ethiopia 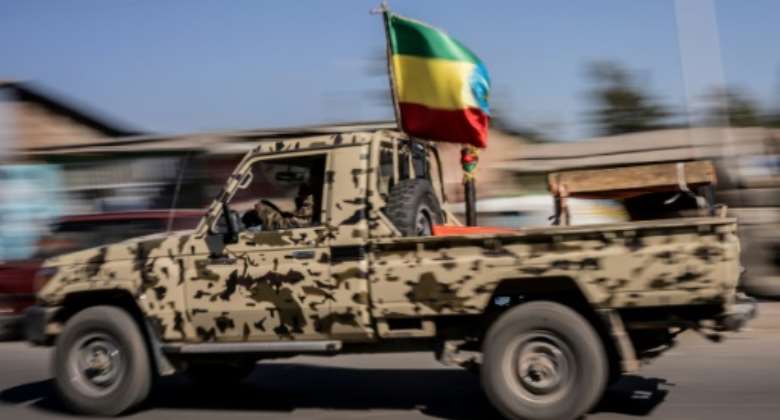 A military vehicle with the national flag is seen in Kombolcha, Ethiopia, on December 11, 2021. By Amanuel Sileshi AFPFile

A US envoy will travel to Ethiopia this week to encourage talks to end more than a year of war in the wake of a rebel withdrawal, the State Department said Tuesday.

Jeffrey Feltman, the US special envoy for the Horn of Africa, will visit Addis Ababa on Thursday "to engage with senior officials regarding the prospects for a broader peace," State Department spokesman Ned Price told reporters.

The trip comes after rebels, who months earlier had threatened to march on Addis Ababa, said they had withdrawn to their stronghold of Tigray.

The Ethiopian government replied that the military would not pursue the Tigrayan People's Liberation Front further into the region.

"We do believe this offers an opportunity for both sides to halt combat operations and come to the negotiating table," Price said.

The trip comes after the United States angered Ethiopia by removing trading privileges for the longtime ally due to human rights concerns during the war.

The United States and rights groups say that Ethiopia has deliberately withheld food assistance and have voiced alarm at accounts of mass killings and rape.

'Parties must have functioning offices, file their accounts ...
9 minutes ago