Bobi and unity are known enemies 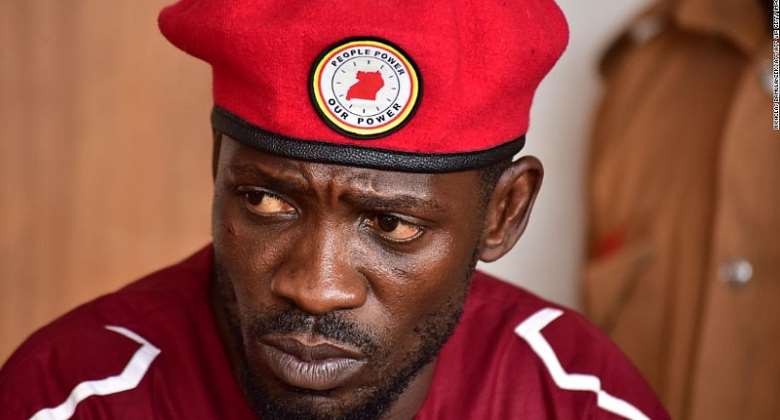 Bobi Wine’s recent comments on unity in the opposition should not be taken seriously by anyone who has critically followed him in the last 4 years. I suspect that if his party wins a by-election soon, he will most probably be again:

1. Advocating for presidential Elections in 2026 -- Asking people to vote only the umbrella;

2. Ridiculing Besigye, FDC, PFT and others in opposition;

3. Campaigning for NRM candidates instead of those in opposition;

4. Getting cosy with Hon.Rebecaa Kadaga and Hon. Amongi Anita instead of a Semujju;

5. Reviving his grandiose ambitions to be bigger than the Kabaka, as revealed by Peng Peng ( Sweden) recently;

6. Fighting with UPC over the red colour.

The thing is I like Bobi as a singer but his mouth has always been bigger than his brain, and we can do without the drama again. I just hope that his latest interviews don't end up dividing the opposition more, there is a crack on the wall and if its not properly managed the wall will fall face down before 2026.

Unfortunately, NUP's people are still slightly dominating the social media. Even when Bobi utters nonsense, like he did recently, there are people ready to turn it into gold.

Social media is dire at the moment, not that it’s ever great, but the amount of utter horse shit shared as gospel truth is at pandemic levels. Bullshit spreads faster than any Covid variant.

Recently, FDC has tried to , at least , repair the damage done by NUP bloggers during the 2020-21 campaigns, particularly labelling Besigye a mole.

Accusing Museveni's government of inventing Besigye as opposition leader since 2001, completely devalues the legitimate complaints there are against them, of which is a long list anyway. Honestly, they are nowhere near that imaginative. I wouldn't say the same about Bobi, though ( details in my next article soon).

I partly blame those with influence in the media who either support these BS stories or remain support-adjacent, carefully saying nothing that would contradict someone with much more extreme fantastical beliefs about Besigye.

I blame elites far more than non-expert normal people who just get swept up in the BS. A lot of political analysts kept quiet over Bobi’s group with their propaganda against Besigye, and it was bad for our politics.

The major conspiracies and disinformation seems to come from a much smaller group in NUP and NRM. It's like they sit somewhere in the room and design a lot of fake memes meant to divide people.

I’ve said it before and I’ll say it again, it’s genuinely scary, the amount of people that cannot differentiate between government and opposition. A lot of people think being the most popular guy in opposition is an office that has benefits and retirement packages, something to be passed on to another guy.

Some people seem to direct all their frustrations towards Besigye and other veteran opposition leaders, yet it’s the government responsible for their suffering.