Nation Building: The role of every citizen 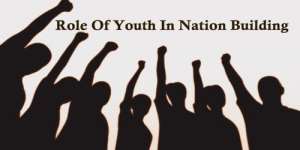 According to market business news.com, nation building means creating a country that functions out of a non-functioning one – either because the old one has been destroyed in a war, has fallen apart, or never really worked properly. Nation building and national development are initiatives much cherished by every patriotic citizen, whether of party A or part B. This ardent desire of citizens for sustainable national development has always brought every president post independence under siege, leading to the formation of various vigilante groups, with its most recent, “Fix the country“ campaigners.

However, it is an indisputable fact that nation building requires the collective effort of everyone. The president and his subordinates have their role to play in ensuring sustainable national development. And the role of fellow citizens cannot also be overlooked. The role of our leaders are always overemphasized, leaving out the role of citizens. But one fact all and sundry must know is that the leader today was once an ordinary citizen like everyone today, and as the saying goes, “charity begins at home.” Today’s patriots will irrefutably become the leaders tomorrow. Today’s ‘corrupt’ leaders were yesterday‘s patriotic watchdogs and active leaders of vigilante groups.

Quoting from ‘The gods are not to blame’, the question is, “When rain falls on the leopard, does it wash off its spots?” Perhaps, in our part of the world, “the richness of kingly life has the tendency to wash off the love and patriotism of our leaders for their people.” The nauseating aspect is that most of these balsy anti-corruption campaigners are only fighting for their selfish gains and not for the love of the country.

The system in our country is too corrupt from top of the hierarchy to the bottom to the extent that every citizen is always looking for ways to beat the system.

What a great disservice to our beloved country Ghana!!

Where stand the vigilante groups’ leaders and their members? Now show us, who is corrupt?

Ghana, a country with corrupt leaders and corrupt citizens.

One might justify oneself that the corruption seen among the grass-root citizens is relatively negligible and normal to that of the leaders. But these are the same people who become brainwashed from their anti-corruption ideologies immediately they assume power. The leaders today citizens are vigorously protesting against started the same way you have started: lateness to work, bribery, wasting and using working hours for private selfish businesses, cheating customers, poor sanitation practices, etc.

To effect the change the country needs, change your attitude today for a better Ghana tomorrow. If today’s youth cultivate the spirit of honesty and loyalty, discipline, and not sheer patriotism borne out of a desire to get favor or fill their bellies in the next regime, then without any shadow of doubt, Ghana has a brighter future of self-reliance.

Angels are not coming from any place to lead us tomorrow, you will be, I will be, so LET US BE THE CHANGE TODAY WE WANT TO SEE TOMORROW as we keep walking the walk and talking the talk till the system begins to work for all!

So help us God.