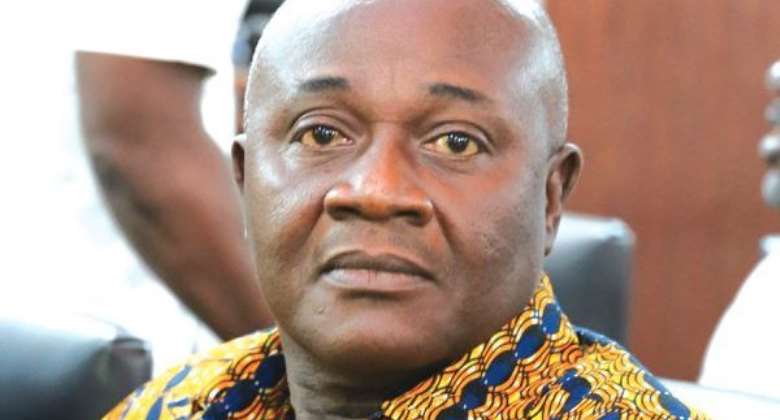 Hon. Dan Botwe, the Local Government Minister, has urged Ghanaians to sacrifice to support the E-levy to achieve the desired national development and job creation opportunities.

“The socio-economic problems of the country require sustainable revenue generation strategies to tackle and so government has no intention to make life difficult for the people of Ghana. The E-Levy is a thought-through budget proposal to meet the huge demands of development," he said.

Government, therefore, needed the support and understanding of the public to realise the objectives of the E-Levy for the benefit of Ghanaians.

Mr Botwe, also the Member of Parliament for Okere, said this at a mini durbar to climax the Annual Odwira Festival of the chiefs and people of Adukrom in the Okere District of the Eastern Region.

In the quest for national development, all hands must be on deck to support government policies, he said.

He refuted claims that the E-Levy was a bad policy, which would make the Government unpopular.

Government needed more revenue to meet the high demands of development, he said, citing the huge numbers of graduates from the universities without jobs, who needed government's intervention.

"The demand for good roads, schools, and hospitals amidst the huge burden of ensuring that there are job opportunities for the young ones far outweigh similar demands in my days as a youth and we, as a people, must all come to that realisation".

The Government, in the 2022 Budget and Economic Policy presented to Parliament, announced the proposed Electronic Transaction Levy (E-levy), which is a charge of 1.75 percent of the value of electronic transactions and it covers mobile money payments, bank transfers, merchant payments and inward remittances.

However, this has not gone down well with a cross section of the public.

While many described it as a double taxation of the already burdened taxpayer, others have questioned its rationale in propelling national development when the combined revenue of oil, gold and cocoa, among other things, has not been utilised judiciously for the same purposes.

On education, Mr Botwe called on the traditional authorities to show much interest in it to ensure that no child was left behind in the Free SHS Policy and all the others geared towards economic empowerment.

He pledged GhC20,000 on behalf of the Master Dako Foundation, an establishment in honour of his late father, towards the Adukrom Education Fund.

Earlier, Nana Otutu Kono, the Chief of Adukrom, announced that the Traditional Council and stakeholders in education had instituted an Education Fund to improve standards and access to education in the area.

Speaker Bagbin calls on Israeli counterpart in Jerusalem
58 minutes ago