I've more money than Nigel Gaisie, I'll deal with that liar; he said I was down with stroke — Ken Agyapong 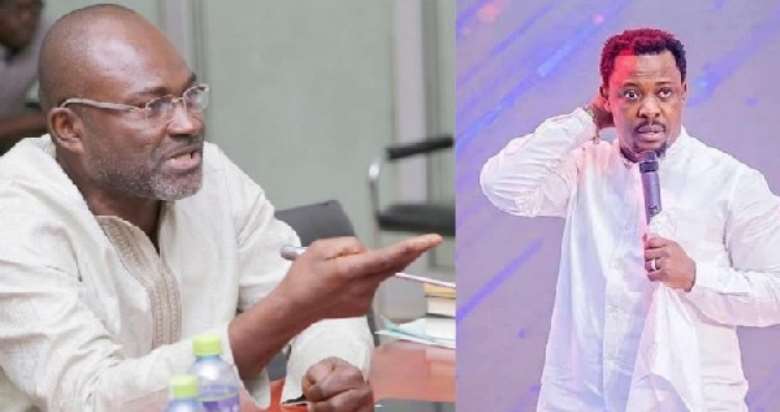 Assin Central MP, Kennedy Agyapong has said he would deal with the Founder and Leader of the Prophetic Chapel Hill Prophet Nigel Gaisie for indicating that he Mr Agyapong had stroke and was rushed for medical attention in the United States.

The businessman and politician said on a radio station in his constituency that he was not suffering from stroke rather, a brain tumor for which he visited his doctors in the US to get it removed.

“Nigel Giasie was saying I was down with stroke. He said this because of how I exposed him on television. This tells you he is a liar because I didn’t have stroke, it was brain tumor I went to the US to get removed. The tumor was like the size of a computer mouse and my doctors said it had been there for nine years.

“Nigel Gaise is a liar, he cannot silence me, he doesn’t have money more than me, I have sense more than him, I will deal with him,” he said.

Mr Agyapong recently embarked on a campaign to unmasked pastors he claims are fake. Nigel Giasie was one of those pastors he spoke about vehemently on television.

Mr Agyapong accused him of sleeping with women in the name of the ministerial works.