‘2022 is a year of economic misery; multiple taxes and levies about to take effect – Ato Forson 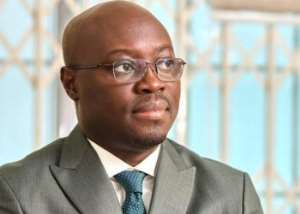 Ranking Member on the Finance Committee of Parliament, Dr. Cassiel Ato Forson says Ghanaians would have to brace themselves for more economic difficulties this year, 2022.

In a six-bullet point post on Facebook, Dr. Forson, who is also the Member of Parliament for the Ajumako-Enyan-Esiam constituency, among other things, said: “folks, we need to brace up for more hardship this year”.

He predicted that there would be “at least 30% increase in general goods while the Ghanaian cedi will hit seven cedis to a dollar by the end of the year, 2022″.

He based his claim on the fact that, the cedi is currently trading at almost GH¢6.5 to $1.

Fuel prices, he said, are “set to go up by 18 pesewas this week and more likely to go up again on account of a weak cedi”.

He noted that, there will be “multiplicity of taxes and levies to take effect by the end of January 2022”.

He further added that “interest rates are likely to go up again” while the government will be “borrowing heavily from the domestic market” since the Euro bond market is closed to Ghana for, at least, the first half of 2022.