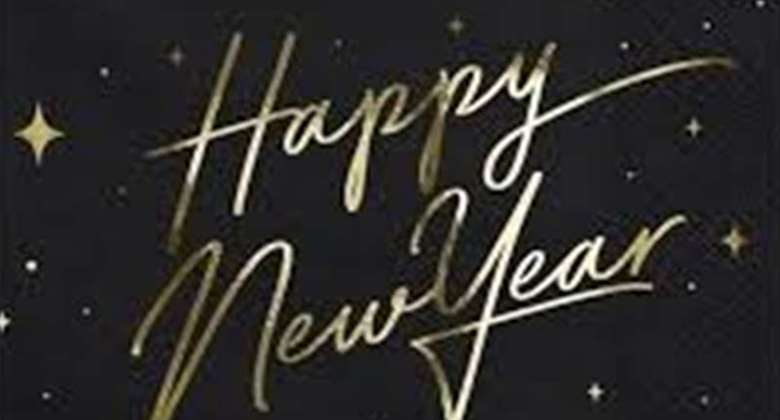 2022 is finally here; I did my best to get along with everyone in the year just gone by. But as human, I must have gotten certain things wrong, and in the process, rubbed others the wrong way; I ask for forgiveness.

On the contrary, others that wronged me but belligerent in their stance, I ask for God's saving grace upon them to come to terms with their fallibility and turn a new leaf so that grudges of the past remained so.

Politically, my focus will be more on projecting policies of Nana Addo Dankwa Akufo-Addo, and ensuring that social contract signed with the good people of Ghana is very much being delivered between now and 2024.

I shall not expend energy and time on those who have gone for the people's mandate at the parliamentary level but are doing directly opposite of what is inline with their aspirations since the people hold the power.

To those privileged to have been appointed by the President in various positions of trust to help him deliver on his policies, but are consumed with selfishness, greed and arrogance, the people are watching.

NPP national executives that have constituted themselves into clubs of exclusivism and refusing to open their doors beyond their inner circles, should be reminded that the party's grassroots are keenly observing.

Ministers, CEOs, MMDCEs and others in positions of influence but always slamming doors in the faces of ordinary Ghanaians, must not forget that political power is ephemeral; real power belongs to the people.

Those seeking to succed Nana Addo, and others eyeing party positions, but currently holding positions, must help the President deliver, else, all your ambitions will suffer stillbirth at 2024 general elections.

To media houses and practioners, you're free to hold government or any of its appointees to account. In much the same way, Ghanaians are entitled to critique your works so the mantra of "Media is under attack" must end.

I pray for God's grace and divine protection upon us all for 2022, and ask that He gives us the strength to surmount all hurdles; help others when we can and encourage one-another whenever the need be.