Be wise in your prophetic pronouncements - Rev. Oppong cautions prophets 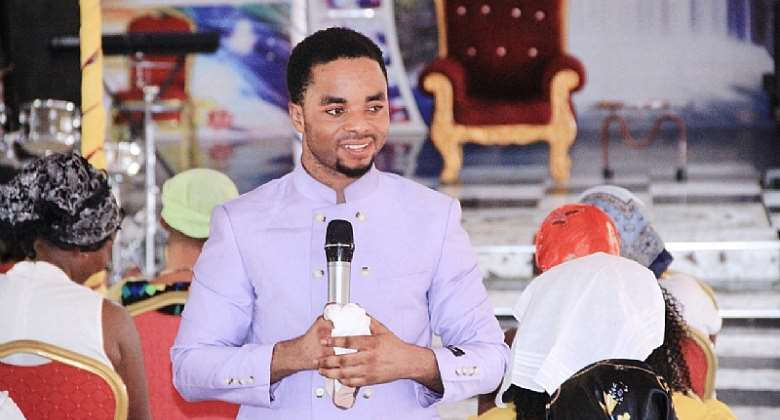 The General Overseer of International Great Word Chapel, Rev Kwaku Oppong Richie has admonished prophets and seers of the various charismatic churches across the country to apply wisdom in their prophetic revelations especially come this evening's watch night services.

Rev Oppong sounded the caution in an interview with journalists in Kumasi yesterday with reference to the Ghana Police Service's statement on watch night prophecies and their legal implications on its communicators.

He observed that 31st December Watch Night services over the years has been characterised by prophetic communications and spiritual pronouncements which have the tendency to impact negatively on individuals and the nation as a whole and therefore described the directive as "just a precautionary statement and timely advice to spiritual leaders".

Rev Oppong indicated that revelations and prophecies of God must be communicated in knowledge and wisdom in order not to put the receiver in a stressful situation nor the revelator in the confines of the law.

He cited several instances in the Bible where modified and unpolished prophetic and spiritual utterances and communication have brought many favors as well as severe consequences to God's chosen ones in the past, some of whom were put to death.

He said though prophecies are God's unique means of guiding his people through his prophets and seers, yet they must be carried out ethically in order not to incur the wrath of the public or fall prey to the laws of the country.

He pointed out that God can speak to his servant at any time and not necessarily on December 31st nights since he is not a time bound deity.

Rev. Kweku Oppong admonished his fellows in the prophetic ministry to use the night to help followers reflect on their relationship with God for the passing year and guide them to maintain or strengthen the bond in the coming year.

He also entreated Christians to be obsessed with end of year prophetic encounters but endeavour to live exemplary lives to the glory of God and the good of society.