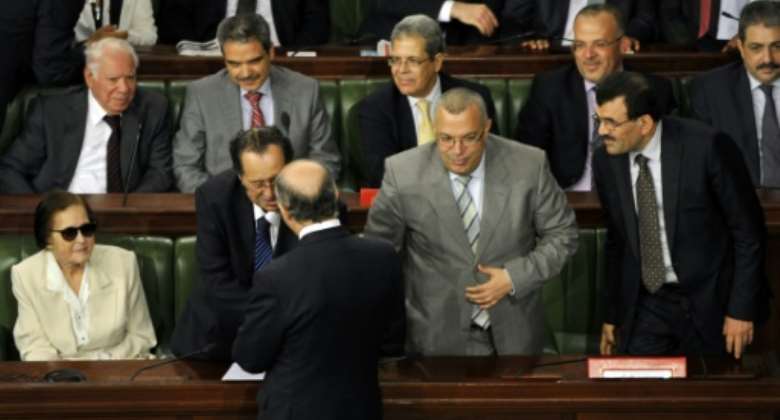 Plainclothes officers in Tunisia's capital on Friday arrested a senior official of the Ennahdha party which played a central role in the country's politics until a power grab by President Kais Saied.

The party condemned the arrest of Noureddine Bhiri, a former justice minister and deputy president of the Islamist-inspired Ennahdha, as a "dangerous precedent".

"Plainclothes agents in two cars arrested Noureddine Bhiri when he was leaving home with his wife" in Tunis, Samir Dilou, a lawyer and former legislator, told AFP.

Tunisia was the only democracy to emerge from the Arab Spring revolts of a decade ago but civil society groups and Saied's opponents have expressed fear of a slide back to authoritarianism a decade after the revolution that toppled longtime dictator Zine El Abidine Ben Ali.

The former law professor announced an 11-week "popular consultation" to produce "draft constitutional and other reforms" ahead of a referendum next July 25.

His opponents have denounced a "coup" and warned against what they see as Saied's wish to settle scores with those he has called "enemies" but never names.

Bhiri was "arrested brutally and taken to an unknown destination" Dilou said.

Agents also seized the mobile phone of Bhiri's wife Saida Akremi, who is a lawyer, he added.

No official source was available to give reasons for the arrest.

In a statement, Ennahdha said that Bhiri was being questioned by authorities and denounced "a kidnapping and dangerous precedent marking the country's entry into a tunnel to dictatorship."

Ennahdha was the largest party in the legislature suspended by Saied.

But political rivalries had blocked ministerial appointments and diverted resources from tackling Tunisia's mounting economic and social problems, leading many in the country to initially welcome the president's power grab.

In its statement on Friday, Ennahdha denounced "the liquidation of opponents outside of the legal framework".