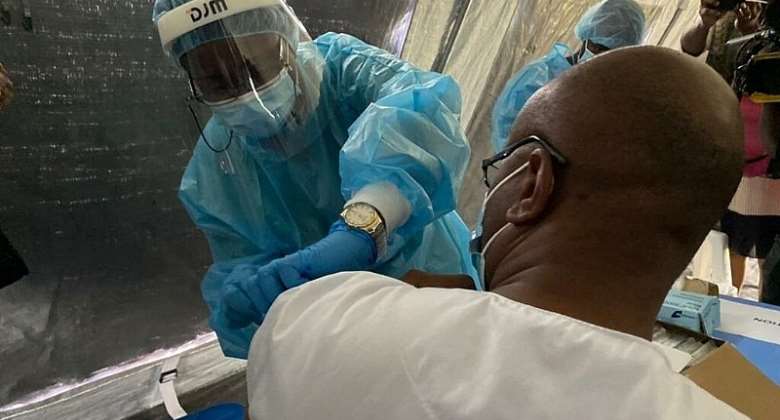 The World Health Organisation has started vaccinating some two million people in eastern Democratic Republic of Congo against cholera.

This comes in the midst of the Covid-19 pandemic, which has spared the country until recently. DRC is the world's least-vaccinated against Covid-19, and is facing a surge in recent cases.

The six-day cholera vaccination drive kicked off last week, on Wednesday in Haut-Lomami, South Kivu and Tanganyika provinces, according to the WHO's office in Kinshasa.

The aim is to vaccinate two million people, one year and older, in the three provinces.

This is the second vaccination drive this year. More than 1.4 million people received jabs in March and July in the southeastern Haut-Katanga province.

The highly contagious bacterial disease causes severe diarrhoea and dehydration, and can rapidly lead to death if it is not treated. Since the start of 2021, DRC has reported 8,279 suspected cases, with 153 deaths.

"Cholera is a dangerous infection that can kill in a few hours if it is not treated, but it can be anticipated and is preventable," the WHO's Amedee Prosper Djiguimde said in a statement.

The bacteria thrives in places with poor sanitation and is transmitted through contaminated water or food. Many in DRC face malnutrition, and in the east there is widespread conflict.

Cholera is just one of the many infectious diseases in the country, which is also beset by malaria, which kills some 20,000 people a year, along with measles, yellow fever and polio.

Until recently, DRC has been relatively untouched by the Covid pandemic. But it is seeing a recent surge in cases, which has pushed authorities to ramp up vaccinations.

The country has the world's lowest rate of Covid vaccines. Hostile terrain, remote populations, insecurity and lack of funds have all hobbled vaccine rollouts.

According to WHO data, DRC recorded 6,480 new cases in the week of 13 December, more than double the number of its previous record week in June.

The country of 90 million has seen some 72,000 cases since the start of the pandemic, most around the capital, Kinshasa.

Across Africa, weekly cases spiked 83 per cent in mid-December, although deaths remain low.