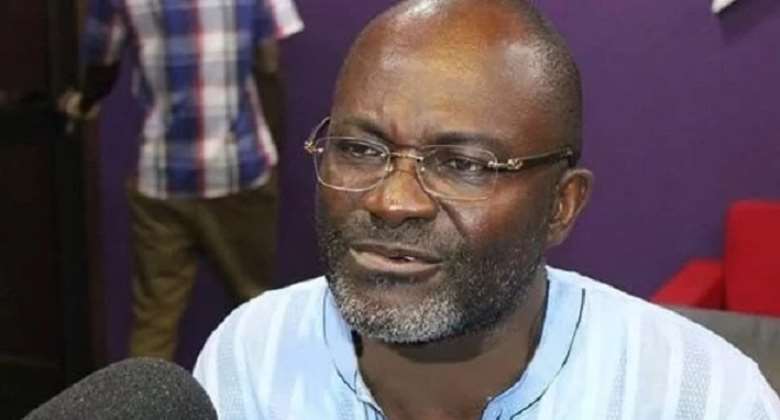 In any country that the law is weak and doesn’t function, crime and corruption are what prevail, that’s the current situation in Ghana, including its harbours.

Yet the NPP government has never made any attempt to solve the corruption issues at the harbours which are creating difficulties for businessmen and Ghanaians in the Diaspora.

I have already written three articles proving beyond doubt, about the massive corruption, fraud, and theft, involving goods and vehicles imported into the Ghana ports, therefore, this article shouldn’t have been written.

However, due to a video which I listened to recently about Ken Agyapong bitterly complaining about the high cost of customs duties at the ports, I need to write a fresh article to reveal the source of the authorisation of the corruption.

According to the Assin Central Member of Parliament for the New Patriotic Party, “things are very tough in Ghana because of high duties.” He stressed further that duties in Ghana today are eroding the fortunes of the NPP government.”

Ken Agyapong said he went to Ghana Revenue Authority because the government has given them the order to raise 39 billion a year. (I couldn’t figure out if he means 39 billion Ghana Cedis or dollars.) However, if they have given them that order doesn’t mean they have to raise prices with their CTN.

I was able to find the video on Youtube for readers to listen attentively to find out what this means and also the reason I took a particular interest in writing this article.

Does this revelation by Ken Agyapong reveal the reason crimes have increased significantly at the Ghanaian harbours and yet the NPP government has ignored to stop it?

I hope many will agree with me after listening to this video, that president Nana Akufo Addo is behind corruption, crime, and theft, taking place daily at the ports, else why has he failed to deal with the issue despite all the shreds of evidence?

The statement made by Ken Agyapong confirms that Nana Akufo Addo and the NPP government are responsible for those crimes taking place at the harbours because the Ghana Revenue Authority has been authorised by the president to raise 39 billion a year.

Have you seen why the NPP has failed miserably as a government and things have gone worst since Nana Akufo Addo became the president? They arrived on the political scene, after the NDC, to steal but not to protect the public's purse.

Thanks to Ken Agyarpong’s video, else I wouldn’t have known the reason since last year many keep criticizing the NPP government over the broad daylight robbery taking place at the ports, yet Akufo Addo has failed to solve those issues.

I have said this many times and I will keep saying that Akufo Addo is someone not qualified to be a president or a leader.

In some of these developing countries, the president would either be impeached or forced to resign, since what Ken Agyapong said reveals that Akufo Addo is behind the corruption and theft taking place at the harbours.

Customs officers are stealing vehicles, processing fictitious documents to evade taxes, confiscating goods imported into the country, and auctioning them at cheap prices for themselves and their families.

Nana Akufo Addo pretends he doesn’t know what is going in the country even though he promised to protect the public’s purse. How can such a person be allowed to be a president to lead people? It is only Ghana.

Many think I hate the president but the question I need a sincere answer to is who in his right mind will be proud of a president such as Nana Akufo Addo?

The president doesn’t care about what happens to the common people in his country. There are so many high-profile murder cases unsolved, including that of Ahmed Hussein-Suale, the journalist.

Who will be proud of a president who doesn’t care about the suffering of the common people but only interested in what causing hardships, for example, the introduction of E-levy, when he can’t even create jobs to alleviate the burdens of the people?

Readers will note that I have increased my submission of articles on ModernGhana. This is because, despite the decline of reading, I still get over thousand reads for most of my articles.

This makes me feel that readers believe and like what I write, especially whatever I have written about Nana Akufo Addo and said it will happen has indeed taken place.

Before writing any article about Ghana, I survey and analyse the political situation in the country. I don't promote corrupt government because my uncle, aunt is a politician or I belong to the tribe of a politician.

This is the biggest mistake many have done to drive Akufo Addo to destruction today because embedded with hate against John Mahama, they continued to fool him that he is doing magic, while he was actually destroying the country.

I wish those following Nana Akufo Addo and supporting the incompetent NPP government good luck. I don't want any embarrassment, therefore, I am not interested in any political party, not even in Europe, let alone Ghana.

Government meeting with Minority over e-levy ends inconclusi...
43 minutes ago