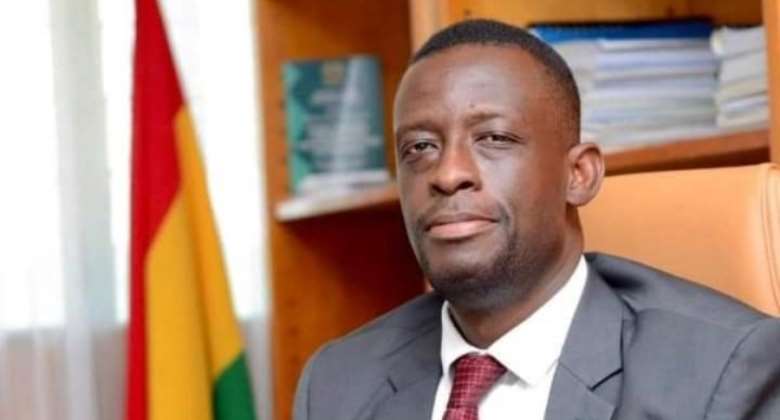 Mr Kwabena Okyere Darko-Mensah, the Western Regional Minister, has tasked Metropolitan, Municipal and District Chief Executives (MMDCEs) in the Region to prioritise and complete all abandoned projects in their areas.

He explained that prioritising and completing abandoned projects would curtail the waste of public resources.

These projects, he said, were for Ghanaians and the taxpayers' monies must not be left to rot in the name of political colours.

He said: "The best we can do for Ghanaians to mitigate some of these social insecurity problems is to begin completing all abandoned projects be it hospitals, schools, clinics, roads and water systems, among other amenities to bring relief to our people."

The Western Regional Minister gave the charge during the second Regional Coordinating Council Meeting in Takoradi.

He said the region was bent on turning all difficulties and challenges into opportunities as presented in the abandoned projects.

He said the Region had also taken into account some 80 contractors, who were not performing and may have their contracts abrogated and recommendations made for new awards.

"I want you to begin listing all such poorly performing entities in your Districts in the coming year and the necessary actions taken against them."

He described the region as generally peaceful and active with economic activities and opportunities and prayed that detractors feigning kidnapping against the image of the Region put a stop to that practice.

The region, in the period under review, he explained had exemplified good leadership, enjoyed an atmosphere of peace, chalked some successes in the District Assemblies Performance Assessment Tool, developed a good standing in an NDPC report.

The Minister said monitoring in the district also revealed an impressive performance despite a few backdrops.

"The WRCC will continue to deliver on its mandate of providing technical back-stopping to all the Assemblies to ensure enhanced performance and service delivery," he said.

He said the fight against illegal mining needed to be won and with the utmost commitment of the chiefs and landowners to halt the destruction of water bodies, land degradation and other livelihoods.

He also charged the Assemblies to begin educating communities along rivers and streams of the need to protect those natural assets or face prosecution in the coming year.

Mr Darko-Mensah said though illegal mining, chieftaincy disputes, youth unemployment, sanitation, non-performing road contractors and abandoned projects continued to give the WRCC a burden, such challenges were been looked at to derive the best out of the situation.

The WRCC has also resolved one boundary dispute between Shama and Mpohor Districts and was yet to finalize one involving STMA and Shama.

Touching on the approaching yuletide, the Chairman of the WRCC reminded all road users to be vigilant on the road and observe all road regulations.

"Let us avoid over-speeding and drunk driving, we must be alert on the road and drive safely so that we will all come back alive after the yuletide," he added.

Nkoranza youth court case: Police have proven that TV sets a...
49 minutes ago