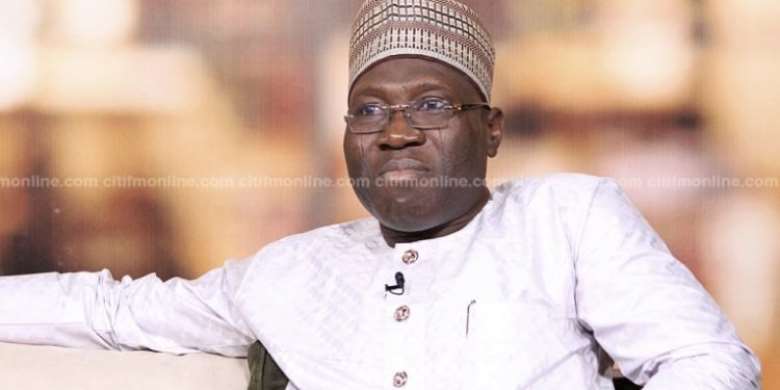 A former Member of Parliament for Tamale Central, Alhaji Inusah Fuseini, says the recent chaos and fisticuffs in parliament is making Ghanaians lose their respect for the House.

According to him, the latest incident is very worrying for the country’s democracy.

Speaking on Eyewitness News on Tuesday, the lawyer said legislators should always find a better way to express their dissent rather than exchanging blows.

“It appears that the sanctity, dignity and respect for parliament is waning in the eyes of the general public due to the fact that parliament is descending into the arena of chaos and it is very concerning. I am troubled. There ought to have been a better way of expressing dissent,” he said.

The brawl saw dozens of the opposition parliamentarians exchange fisticuffs with their colleagues on the majority side while some officials of parliament tried to protect the Speaker's seat and the mace of parliament from being attacked.

The House has since adjourned sitting until January 2022 without a decision on the E-levy, but many Ghanaians have criticized members of parliament over their conduct.

The incident of Monday night is not the first time such a brawl has taken place in parliament.

According to Inusah Fuseini, a lasting solution for the recurring friction between the minority and majority side in parliament would be for parliament to seek the assistance of eminent persons to serve as mediators.