C/R: Wife allegedly kills husband in plot to reunite with ex-husband from UK 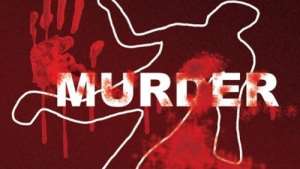 A 50-year-old woman has allegedly killed her 60-year-old husband in a grand scheme to reunite with her ex-husband returning from the United Kingdom this Christmas.

The murder of the man identified as Kobbie Brown occurred on Tuesday, December 21, 2022, at Gomoa Nkwantanan in the Gomoa East District of the Central Region.

Prior to the incident, a 14-year-old step-daughter of the deceased narrates that her mother left her in the house with a warning not to come out to sweep the compound.

She said after some time, she heard shouts and came out only to find the lifeless body of the father.

“I came out only to see some nearby neighbours shouting and crying. And to my surprise, I approached closer, only to see my father’s lifeless body forcibly pushed in the middle of building blocks parked in front of our house whiles my mother was nowhere to be found at that time,” the step-daughter said as reported by Starr News.

Later on, the suspected mother returned to the scene with two other family members and an ambulance to retrieve the dead body.

Although not proven, information making rounds at Gomoa Nkwantanan is that the wife planned the murder of the husband to pave way for the arrival of her ex-husband who is set to return from the UK.

Apparently, the two have been in talks and planned to be together. To make that happen, the now-deceased Kobbie Brown had to be taken out of the picture.