Lebanon needs up to $15bn to rise from economic collapse 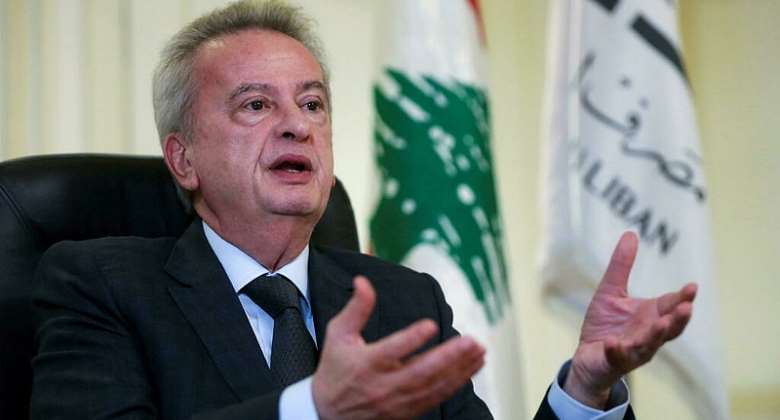 Lebanon needs 12-15 billion dollars in loans from its partners to restart its economy, says the governor of the country's Central Bank. Howerver many blame Riad Salameh's policies for Lebanon's economic crisis, which has pushed swathes of people into poverty.

Salameh said Tuesday in an interview with AFP that the International Monetary Fund's quota for Lebanon was four billion euros.

"If countries add to it, we could reach 12 to 15 billion dollars, an amount that could help start Lebanon's recovery and restore confidence," he said.

Lebanon's financial collapse in 2019 has left more than 80 percent of the population living in poverty, and the currency, the Lebanese pound, has lost more than 90 percent of its value.

Officially pegged at 1,507 to the dollar since 1997, the Lebanese pound sold for nearly 30,000 to the dollar on the black market earlier this month, a record low.

Political squabbling has delayed an agreement with the IMF that would start to resolve the crisis, and political leaders have continued to resist key reforms demanded by donors to unlock necessary funds after it defaulted on its debt for the first time last year.

Salameh has dismissed criticism blaming him and central bank policies for the economic crash, saying "had it not been for the central bank and its reserves, Lebanon would not have been able to carry on".

The central bank's mandatory dollar reserves have been slashed by more than half, and its fast-diminishing reserves are threatening a subsidy programme that covered fuel, medicine, flour and other key imports.

According to Salameh the central bank can afford to finance partial subsidies on a few remaining imports for "around six to nine months," if no additional measures are taken to combat the depreciation of the Lebanese pound.

Salameh is facing judicial investigations in France, Switzerland and other European countries on suspicion of money laundering and illicit enrichment among other charges.

He dismissed the cases against him as unfounded and lacking in evidence, claiming they were opened based on complaints filed by Lebanese citizens "for reasons that could be political... or tied to certain interests."

"I am ready to cooperate with all investigations," he said, claiming they were based on "fabricated evidence".