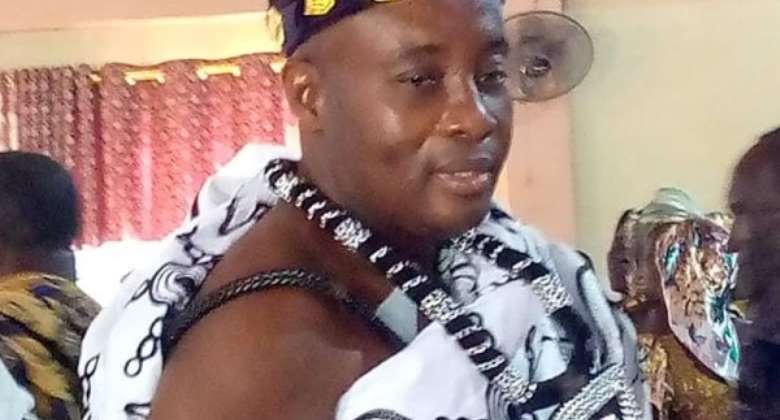 Osabarima Kwabena Yeboah Ababio, the newly installed Krontihene of Odumase Number One Traditional Area in the Sunyani West District has asked land and plot owners in the area to produce covering documents and titles or lose their properties.

He expressed disgust about the springing up of human settlements at unauthorized places in the traditional area, saying very soon, the traditional council would collaborate with the Sunyani West Municipal Assemblies to demolish all unauthorised structures in the area.

Osabarima Ababio told journalists during an outdooring, and a thanksgiving service in honour of him, held at Odumase, the district capital that the traditional council had initiated measures to ensure every land or plot owner had a covering document.

He said land litigations and disputes threatened peace and stability, saying the council would ensure that every land in the area belonged to its rightful owners.

Osabarima lauded the government's Green Ghana project, and promised to ensure the sustainability of the project in the traditional area to restore the depleted forest cover in the local communities.

The chief expressed concern about the rapid depletion of the forest reserves in the area, due to illegal logging and lumbering, and cautioned illegal chainsaw operators to stop their unscrupulous activities, or face the wrath of the traditional council.

“We have resolved to collaborate with the Forestry Services Division to embark on a massive tree planting exercise to reforest the depleted reserves”, Osabarima Ababio stated.

“Tree species would be planted around all the streams and rivers in and around Odumase to protect vegetative cover”, he added.

Osabarima Ababio said he had prioritised education and would ensure that every school environment in the area remained conducive for effective teaching and learning.

He said the traditional council would collaborate with all stakeholders in education to provide classroom blocks to deprived schools in the municipality.

Osabarima said the Krontri royal family in the area needed a palace, and appealed to wealthy natives of the town, both home and abroad, to support the building of a modern palace in the area.