Vision about the Vedas! 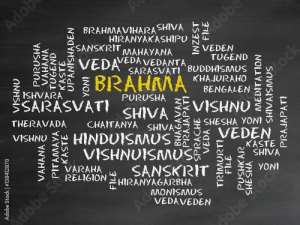 1. Arya Munis received visions and oracle from God mentioned in the Vedas. Vedas are divided into four parts; they are Rig, Yajur, Sama and Adharva. Rigveda is a collection of Praises. Samaveda contains the way to convert Rigveda Mathra into songs. Yajurveda deals with rules, regulations and materials used for offerings. Adharveda deals with first performed methods. Each Veda has following parts; they are Samhita, Brahmanam, Aranyaka and Upanishad. Samhita deals with Mantras and offerings. Brahmanam deals with rules, regulations and materials used for offerings. Aranyaka tells about the way of living of sages in the forest. Upanishads are the cream of Vedas, which deals with spiritual things. There are 108 Upanishads.

2. Rishis are not the one who created Vedic Mantras but the one who received visions about them; this is a common opinion. Rigveda Samhida is a Book which is a collection of Mantras which were written after having received visions by about 400 wise Rishis of the Past. This book reveals knowledge about men and of God since ancient times.

The Rigveda is the main prominent one among the four Vedas. This Rigveda is divided into ten parts of which from the Part 2 to Part 7 were the vision by Rishes of different families of Part 1, 8,9 and 10 have been visioned by different Rishes. There are total of 1017 Sukta in these four parts.

3. A renowned believer of Hinduism, a Vedic Scholar and researcher named Shri M. Sundharaj have written a book called “Rig Vedic Studies”, kindly note the writing of the introduction page of the book about Purushasuktha of this big book.

“In the Purushasuktha – the origin of the world is attributed to a sacrifice conducted by the Devas (Sadhyas) in which the object to sacrifice is Purusha, the universal person or self. This is a concept which has had powerful impact on later development, such as for example, Prajapathi’s sacrifice. Vaishnavism, Saivism, Yoga, Tantra, the Agamas have all utilized this myth in various ways. Purusha in this hymn is the Cosmic Man, and in the form of a myth of sacrifice of this Purusha, we are presented with the concept of man (Purusha or Puman) the microcosm being an image of the cosmic Purusha, a concept which is at the core of the tantric thought. The wordings of the hymn bear a close resemblance to the description of the OX in AV. IX: 7 which have been copied in verse 1:1:1 of the Brihadarany Upanishad, where the horse has taken place of the Adharva Vedic OX, thus linking it with horse sacrifice of the Rigveda”.

4. Purushasuktha is renowned as the gist of all Vedas because it is a subject to the study of all Vedas Purashaukat is seen in all four Vedas like this.

5. A true truth seeker should have a sound knowledge of the terminology of Sanskrit. The below mentioned books will help a lot.

Note: - The Vedas are meant for the good of all high or low. Those who restrict their study to the high castes and deprive the shudras and the untouchables from reading or hearing them read, disobey the mandate of God and thus commit sin.

6. Assemble, speak among yourself, be united in your minds, as ancient Devas, being united partake of the offerings. May your aim be common, common the minds and thoughts of those united? A common purpose, do I lay before you; and worship with your common oblations, common be your aim, and your hearts united. Your mind be one, so that all may happily live together. (Rig10:191.2-4: A) (Is Jesus Christ a Hindu? Page No. 152 – 153. By Vedic Scholar, Shri R.C.Das)

7. I (God) do hereley address this salutary speech for the benefit of humanity, for the Brahmanas, the Kshatriyas, the Shudras, the Vaishas, the Kinsfolk and the men of lowest position in society. Dear, may I be to the learned and the guerdon-giver (reward-giver) in this world, fulfilled be this desire of mine. May I achieve my aim! (Yajurveda 26:2) (Translated by Pandit Devi Chand M.A)

8. The Bible as well as The Vedas declares that a Saviour would come to redeem the people from their sins. This Saviour is “Jesus-Christ” in the Bible; in The Vedas, this Saviour is called “Purusha-Prajapathy”. The Biblical and Vedic Scholars say “Jesus-Christ” is “Purusha-Prajapathy”. The angel of the Lord said to shepherds ”Do not be afraid, for see –I am bringing you good news of great joy for all the people, to you is born this day in the city of David a Savior,who is the Messiah, the Lord.