On Chikwendu, Fani-Kayode And The Need For Family Courts In Nigeria 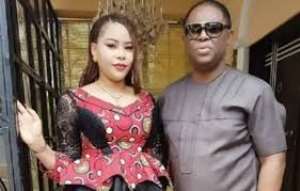 It is often said that the Nigerian Democracy starting with the 1979 Constitution and that of 1999, copied the American-style Constitution but what it left out defectively is the full force of family law.

Democratic constitution and law direct that mothers and fathers be treated equally in matters relating to child custody disputes.

In fact, in Nigeria, culture rather the child generally takes real precedence on spousal battles and custody.

Family and custody are commonly anchored on various customs through customary or native courts.

On the grounds of legal psychology, the American Constitution, which was somehow adopted by Nigeria, through each of its States laws, use the “best interest of the child" as a standard.

On historical ground the "tender years" doctrine as viewed by many family courts, younger children should live with their mothers, especially if the mother has been the main caregiver.

In Nigeria there is nothing like full blown family law across the 36 states and the Federal Capital Territory, Abuja.

That means the country does not have or fully practice what is known as a family court.

The Matrimonial Causes Act enacted in 1970 now known as Cap. M7 Laws of the Federation 2004, although it revolves around marriages, divorce, and custody matters distinct family courts remain nonexistence across the nation.

Even with the enacted federal 2003 Child's Rights Act that addresses the welfare and adoption of children, the Act is not practiced in many Northern States.

As a result of Nigeria’s regional divide, between the North and other regions the child rights law remains dangling.

In matters of tense up family and children issues the Customary courts which are driven by different indigenous customs and obligations, usually gives custody of a child to the father.

In some cases, the native courts do grant custody to the mother of the child.

Customary courts are not jurisdictionally backed by law or statutes.

No wonder, one can read a headline like, “Fani-Kayode’s ex-wife accuses him of flouting court order granting her access to their children…Mr Fani-Kayode failed to produce their four children as at the agreed venue as earlier ordered by a court” (December 18, 2021, Premium Times of Nigeria).

On purely psychological grounds, this writing is not about who is right; Fani-Kayode, a former Aviation Minister or Precious Chikwendu, a former beauty queen but how the Nigeria’s legal system has failed children caught in marital, spousal or baby mama/daddy battle.

With my more than twenty years practicing as psychologist in forensic, legal and child/family psychology, custody battle is very stressful for all involved, that is why Nigeria should have established custody rights laws under family courts.

If we had specific family laws and statutes regarding custody of children, child support and visitation rights, a family court judge’s order will be supported by law.

To the detriment of a child or children, parents find themselves in “court” of customary norms with legally unwritten practices.

Under customary or native “laws”, a female married or not, generally has no immediate right to custody of a child.

Just for having a penis, a man according to Nigeria, has the full right to the custody of a child.

As I write this article, Ms. Chikwendu and Mr Fani-Kayode are locked in a legal battle over the custody of their four sons in a native court in Abuja.

The court under the headship of what is called a chairman and a panel has “ordered” Fani-Kayode, to allow the children’s mother, Chikwendu, to have access to their four sons at a neutral ground during these festive periods. He reportedly refused.

This arrangement was to enable their mother to see her children after several months and spend time with them on a temporary basis.

The father currently has the children in his residence and reportedly has filed an appeal with an application for a stay of execution of the order at the Customary Court of Appeal.

Shouldn’t the Customary Court of Appeal, as the supervisor of institutionalized indigenous courts immediately undertake this case and determine some type of visitation rights for the innocent children?

We know our traditions strongly support the emotional balance of little children.

If Nigeria, was like most democratic societies, there will be specific laws and statutes regarding parents equal time-sharing whether they are married or not, active lovers or not.

A family court magistrate or judge would have drawn an amicable best schedule based on the best interest of the children.

A family court would have appointed a social worker or psychologist to physically evaluate the home of both parties for residential visiting purposes to make sure it has proper sleep accommodations, age-appropriate foods, age-appropriate furnishings in their bedrooms, and age-appropriate toys and other necessities.

If Nigeria had family courts, a judge because of reports of domestic violence between the parties, would have issued protective or restraining order to protect the parties from any sort of future violence.

That is why the children’s mother must not be in the other party’s house where the children are staying, even if their father said she could visit at any time. And violating a restraining order by any of the parties would lead to arrest.

Nigeria must come to terms on how age plays a role in child custody cases, the degree of attachment between the parent and child especially those below seven years of age.

Caring regarding a child’s diet, any medications, and daily routines are essential. For this reason, the judge usually orders for a psychological fitness test when there are allegations about a parent’s mental health.

In most cases, due to the above noted factors the mother usually keeps the children while the father is ordered to assist with financial child support.

And a babysitter or another person cannot just replace a mentally sound mother as any lapse in care and normalcy for the child by a suitably deemed mother, can bring stress and anxiety to the child, now or in future.

Nigeria will certainly gain from having fully established family courts backed with laws and statutes.

Even with our institutionalized native courts, no one will appreciate children being exposed to irrationalities and bitterness between parents.

We must understand that there is what is called ‘malicious parent syndrome’, whereby one parent attempts to punish the other parent but the unfortunate part is that such behavior usually ends up affecting the children more spiritually, mentally, and physically. So let Nigeria move forward, and somebody or institution should stand for the children now! Nigeria, stop pretending ooo, you know better.

Joseph Yamin to clear weeds in all abandoned Mahama projects...
3 minutes ago