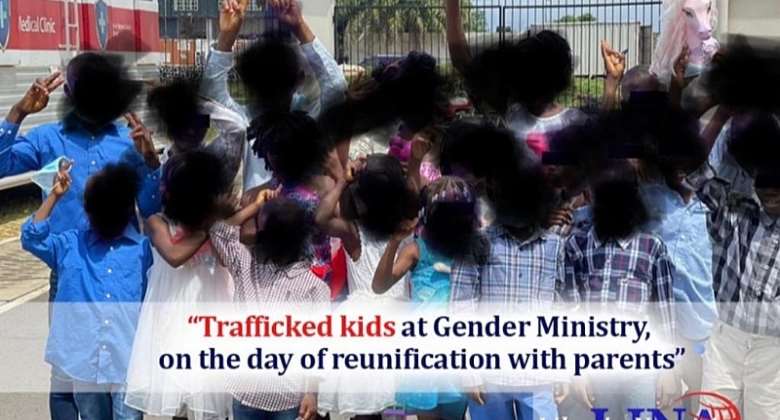 The Ministry of Gender, Children and Social Protection (MGCSP) has welcomed the sentencing of Anthony Sumo to 6 years imprisonment for human trafficking by the sixteenth Judicial Circuit Court in Bopolu City, Gbarpolu County.

In January of 2021, the convict trafficked 22 children from Gbarpolu County but was nabbed by the Liberia Immigration Service Margibi Detachment on January 29, 2021 in Margibi County. The children were immediately turned over to the Ministry of Gender, Children and Social Protection.

With support from partners, the children’s welfare, to include their physical and psychosocial needs were provided by MGCSP.

Working with the Gbarpolu Legislative Caucus, the Ministry along with the Child Protection Network (CPN) of Liberia which is a body of civil society organizations on Saturday, July 3rd 2021 with permit from the Ministry of Justice reunited the 22 children with their families. Additionally, the Ministry presented cash, food and non food items to the families.

The Ministry believes that the December 14, 2021 ruling from the sixteenth Judicial Circuit Court is a victory for the fight against human trafficking which will serve as a deterrent to would be traffickers.

Gender, Children and Social Protection Minister Williametta E. Saydee-Tarr has confirmed that the routine monitoring of the children by the Ministry will remain active. She further reaffirmed Gender's commitment in achieving PILLAR 1 of the Pro Poor Agenda for Prosperity and Development, (Power to the People) 2. 4.2, which highlights Children protection as a key priority of the Government of Liberia.

In observance of this year’s celebration of World Day Against Trafficking In Persons (TIP), H. E. Dr. George Manneh Weah, President of the Republic of Liberia emphasized the compelling responsibility of not only the Government, but every citizen and

resident within our borders to exert meaningful efforts, leaving no stone unturned, in ensuring the minimization and subsequent total eradication of all forms of Human Trafficking in Liberia.

According to President Weah, the government of Liberia has passed the 2005 Act, which banned and criminalized the trafficking of humans in Liberia.

The Ministry is thankful to the National Anti-Human Trafficking Taskforce Chaired by the Ministry of Labour and Co-chaired by Justice and Gender for the unending coordination and collaboration in addressing trafficking issues. The Ministry also applauds Justice Ministry for successfully prosecuting convict Anthony Sumo.

MGCSP informs all that it will remain engaged with the court proceedings' as Elizabeth McCree a co-defendant is scheduled for separate trial in January of 2022.

Nkoranza youth, Police chaos: We're in firm control of the s...
1 hour ago