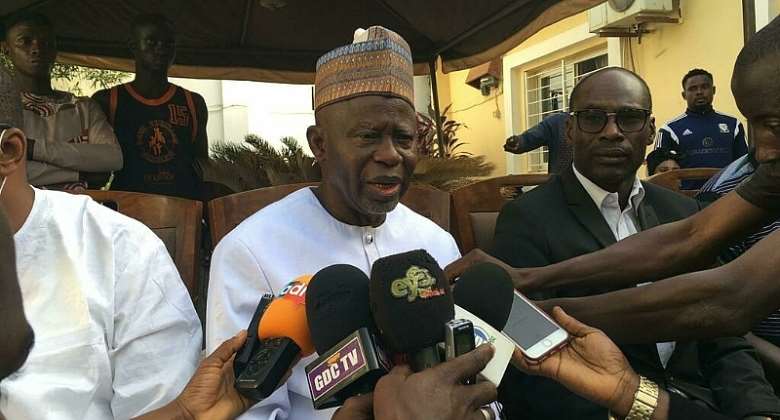 Gambia's main opposition party, the United Democratic Party (UDP), has filed a petition challenging the outcome of the 4 December presidential election. It had rejected the election results even before the electoral body announced the winner.

Borry S. Touray, the party's legal representative, told reporters that they had petitioned the courts to nullify the results of the election, won by incumbent Adama Barrow.

“We have proof that the election was rigged that is why we filed a lawsuit against it," he said. "We have hopes that we will win the case."

The petition was filed quietly with journalists waiting at the courthouse in Banjul for hours for UDP to show up. One of the party members told RFI that the party was trying to avoid drawing a crowd to the court.

“I think the executive doesn't want our supporters to come to the court," the UDP member said. "That is why they are keeping information from them, because they know our supporters.

"The minute they know the party is filing a petition they will all rush to Banjul.”

The UDP has challenged every election result during Jammeh's regime except in 2016, when the party's former treasurer Adama Barrow defeated Yahya Jammeh.

Some Gambians fear the petition, which alleges corruption and malpractice during the election and registration process, could lead to post-election unrest.

However, civil society organisations, international and local election observers judged the vote to be free and fair.