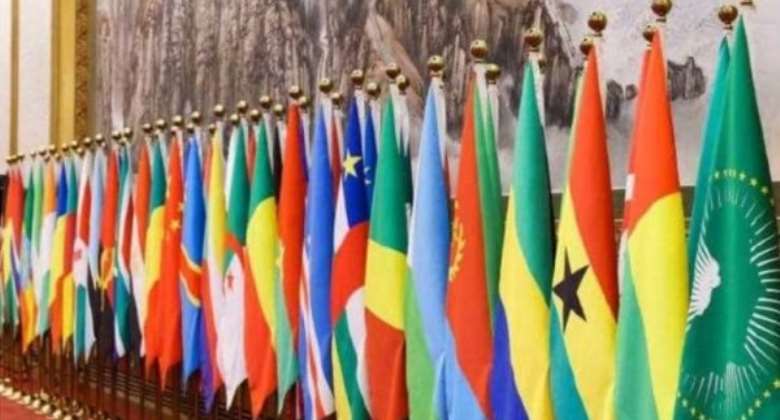 China says it will roll out 80 major assistance projects to encourage Chinese businesses to invest no less than $10 billion in Africa in the next three years.

The projects are intended to reach $300 billion in total imports from Africa in the next three years, President Jinping Xi announced when he addressed a virtual meeting of the 8th Ministerial Conference of the Forum on China-Africa Cooperation (FOCAC) on November, 29.

A statement issued by Mr Wang Yi, State Councilor and Foreign Minister of the People's Republic of China, and shared with the Ghana News Agency, in Accra, on Thursday said China would also provide credit facilities and trade finance for Africa as well as support the development of the African Continental Free Trade Area (AfCFTA).

Given the new dynamics in the post-COVID era and global development, it had become a strong consensus between China and Africa to upgrade their cooperation, he emphasised.

It was also essential to open new prospects of China-Africa cooperation, expand trade and investment, share experience on poverty reduction, and strengthen cooperation on digital economy.

“We need to advocate green and low-carbon development, actively promote solar, wind and other sources of renewable energy, work for effective implementation of the Paris Agreement and keep strengthening our capacity for sustainable development,” President Xi said.

Twenty years since the inception of FOCAC, China's trade and investment in Africa had expanded by 20 times and 100 times, respectively.

“From January to October this year, China-Africa trade reached US$207.1 billion, and Chinese direct investments in Africa surpassed US$2.6 billion, up by 37.5 per cent and 10 per cent respectively, year on year.

“This has greatly contributed to cushioning the impacts of COVID-19 on the African economy,” he said.

China would support Africa to overcome the threats of COVID-19 and advance its socio-economic growth.

The President acknowledged the “strong support” that African countries and the AU rendered to China at the onset of the pandemic, pledging that the country would support the AU to meet its vaccination targets.

To help the AU achieve its goal of vaccinating 60 per cent of African population by 2022, China would provide another one billion doses of vaccines to Africa, including 600 million doses as donation and 400 million doses to be provided through such means as joint production by Chinese companies and relevant African countries.

President Xi assured that China would do its best to scale up vaccine assistance to Africa and also support waiving the intellectual property rights on COVID-19 vaccines.

It would also expand local production to promote vaccine accessibility and affordability in Africa.

Government meeting with Minority over e-levy ends inconclusi...
55 minutes ago