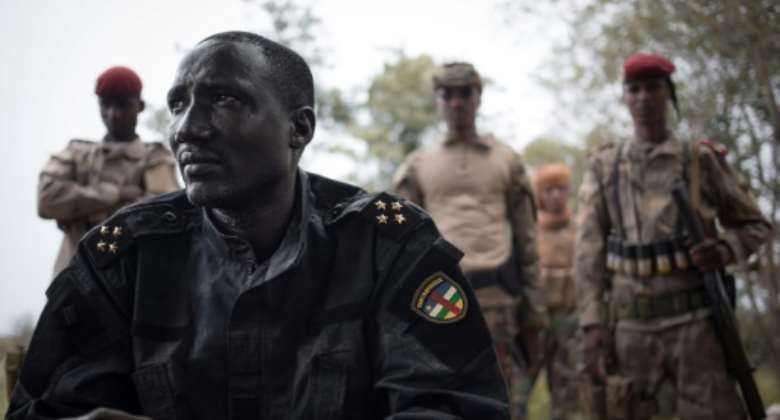 Ali Darassa, the leader of the Union for Peace in Central African Republic UPC armed group, poses at his base in Bokolobo, near Bambari, in March 2019. By FLORENT VERGNES AFPFile

The United States on Friday imposed sanctions on one of the main rebel leaders in the Central African Republic, vowing to bring accountability in the country's brutal war.

The Treasury Department said it was seizing any US assets and criminalizing transactions with Ali Darassa, leader of the so-called Union for Peace (UPC) rebel group.

The Treasury Department said that UPC militants have killed, tortured, raped and displaced thousands of people since 2014.

"Under Darassa's leadership, the UPC militia has committed brutal atrocities against civilians," said Andrea Gacki, who directs sanctions at the Treasury Department.

The UPC, mostly active in the country's east, left the main alliance of rebels in April and refused to join other groups in a ceasefire declared in October by President Faustin-Archange Touadera.

The government has wrested back control of parts of the country from rebels with support of Rwandan troops and Russia's Wagner paramilitary group.

UN experts have also accused the Wagner Group of widespread atrocities and the United States has previously imposed sanctions on the unit, while recently warning Mali not to accept an offer to hire the Russians.

The United States earlier imposed sanctions as it seeks to hunt down Lord's Resistance Army founder Joseph Kony in connection with abuses around central Africa.

Nkoranza youth court case: Police have proven that TV sets a...
16 minutes ago