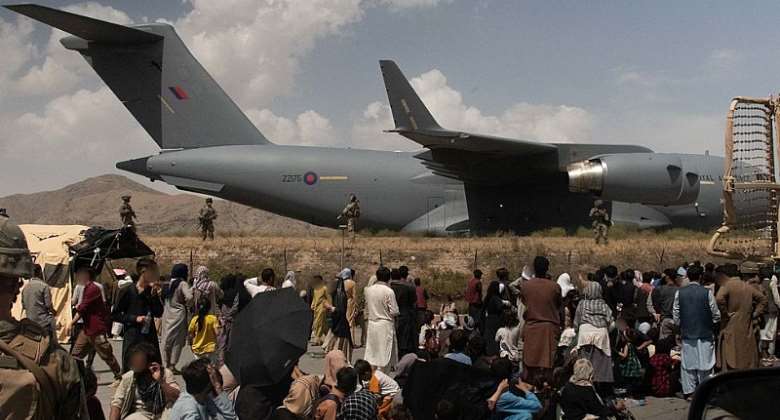 With missiles blazing and GBU blasting, the imperial invasion of Afghanistan occurred after the Sept 11 attacks in 2001, supported by a stellar cast of powerful allies, ushering a long tedious ‘War on Terror’. A day of grief, sadness, anger and fear: the 9/11 attacks has created empty chairs at dinner tables, left void spaces during bedtime and a sudden sharp cut of the usual "hellos" and "goodnights" of love ones.

For followers of international politics, you noticed that within the past few months we had seen drastic changes in politics of Afghanistan. US pulled out its troops from Afghanistan which emboldened Taliban to again gained control of Afghanistan.

With the return of the Taliban to power in Afghanistan, any appeals to economic assistance following from “bonds of friendship” will also fall apart. The questionable nature of how such bonds could be transparently, justifiably and judiciously used to the benefit of the masses will surely be in doubts. The leaders of the Taliban has not yet shown enough faith and commitment to building a lost country and to respecting the rights of all citizenry wanting to live their lives and being able to educate themselves in many sectors of their choices. It is always the decision of Taliban above all without the consent of the people.

It is noted that at this timeframe of world trade, aside from the export of opium, Afghanistan has zero economic input into the regional economies. And it is likely to be even more irrelevant in the years to come. Why, because the revenue generated from the sale of opium is used in the purchase of arms and not to build back the country into a more conducive place for her citizens.

Afghan leadership is based on councils, elders, strongmen and massaging egos, not elections, democracy and people voting. Tribal concerns must be satisfied first, as one’s tribal lineage and tribal standing, always comes before the country as a whole. That is their belief system and exactly how the Afghan society is built on. So for a country to have them rethink their belief system is something which they will interpret as an interference on their "rights, values and belief system".

No doubt, the US presence in Afghanistan did nothing but delay the collapse of the democratic government. Corruption, self-interest, tribalism, a lack of commitment to central authority, religious extremism—these have been endemic to Afghanistan even prior to the US involvement before the 1980’s. The Pentagon's did what they could to build a liberal country for Afghan people but was thwarted by their own people.

I always have the view that Ashraf Ghani could have bridged a peace talks with the Taliban's, even if it demands a coalition government to keep Afghanistan in peace and in development. However, Ashraf couldn't materialise what his own book seeks to achieve: "Fixing Failed States".

It is quite stating that Afghanistan provides a gateway to central Asian countries rich in gas, oil and minerals. With the construction of chabhar port in Iran, India can not only access Afghanistan but central Asia through Afghanistan. With coming of Taliban I don't think it will be a possibility. Regardless of the position of Afghanistan to such linking oil and gas states, the country is more focused on internal rivalry to using such channels to the development of her citizenry. As it stands now, there is no economy surrounding it which is in anywhere near a good shape. Iran is struggling after years of sanctions; Pakistan is in shambles; Central Asia is in difficulties.

Now that Taliban have fully taken over Afghanistan. People will continue to suffer under unjust human rights violations, things will in due time go back to how they were before the US arrived, the central government have fallen and women are again forced to leave all professional positions and assume the full Burka (face mask) of conservative "Islam".

Democracy has been lost in Afghanistan to the rejoice of a theocratic dictators. The Taliban and other terrorist groups have filled the void and the freedom the Afghan people had enjoyed in the past, especially women, will be gone. Hangings, public whipping and other street executions will be reignited in a more shocking and inhumane fashion.

America has to withdraw to reconcentrate their activities at where their interests is being challenged by China and Russia.How long can US military presence in Afghanistan? This is Afghan people's own problems. So the withdrawal of US military from Afghanistan is in the right order.

Bear in mind that in the Middle East, America has to face the rogue activities of Iran. And the new "enemy", China. Now China challenges America and in South China Sea, it builds a strong military facility. China blocks all ships navigating through South China Sea including America's. Here, the new trend of national interests reignites!