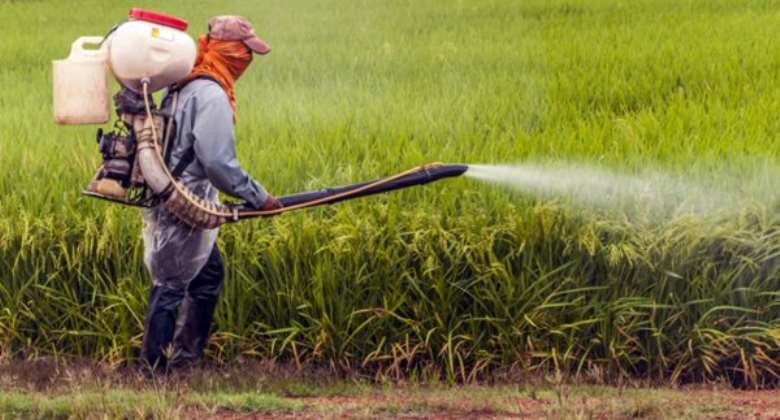 Farmers in the Assin South District of the Central Region have bemoaned the soaring prices of agro-inputs and logistics, saying they threaten food security.

The price hikes were a drawback to government's efforts to sustain national food security through the Planting for Food and Jobs and Export.

The farmers expressed these concerns in an interview with the Ghana News Agency on the sidelines of the Annual Farmers Forum held at Assin-Homaho on Monday.

They complained about the recent price hikes in agro-inputs such as agro-chemicals, fertilizers, cutlasses, spraying and irrigation machines.

Mr Kofi Akwanu, the Chairman of the Farmers Forum, said prices of major agro-chemicals had witnessed over a hundred per cent increase in less than six months.

"Many people are only interested in huge profits as against reasonable pricing to cushion farmers. This is preventing many youth from farming," he said.

Mr Daniel Djan, a 51-year-old farmer, appealed to the Government to construct and rehabilitate roads in farming communities to boost economic activities.

“The bad nature of the roads is making life difficult for farmers in such communities to cart their foodstuffs to the market centres to reduce post harvest losses,” he said.

He said the only reliable means of transportation was motobikes, popularly known as Okada, however due to the rains and bad nature of the road, the Okada riders charged exorbitant fees.

"Sometimes for lack of means of transportation, people living in these communities trek long kilometres to get to a healthcare centre," he added.

Other farmers expressed worry over the poor network services of mobile telecommunication companies in farming communities, saying the benefits of the E-Agriculture, which was launched by government, would be thwarted if it was not addressed.

The “e-agriculture” system is a platform that enables agricultural experts, farmers and community members to exchange opinions and resources relating to agriculture for mutual gains.

It is hinged on delivering agricultural information and services such as market prices, extension services, technology, policies, programmes and projects using the internet and related technologies.

Some of the farmers believed that erecting some additional telecom masts would lessen the problem as they believed there was pressure on the telecos.

They said reaching the police for assistance would be a challenge if one needed to report a criminal activity, and called on the government and network operators to put in measures to resolve the problem.