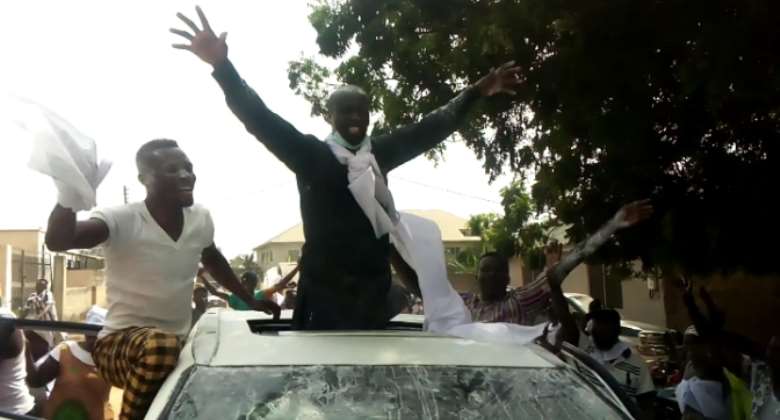 The court fined the defendants and its agent Ghc20,000 to the plaintiff.

The plaintiff filed a motion in October, 2017 at the Winneba High Court restraining the defendants and its agents from the lands after failure to heed to previous rulings by various courts in the region.

The area has been dominated with landguard activities over the years due to the dispute leading to forcefully taking over lands from owners, whilst others have been butchered and shot.

After four years of battle, the court ruled that, the Royal family of Amoquandoh Gomoa Fetteh Kakraba are the true owners of Fetteh Kakraba.

Chiefs, traditional leaders and people of the Gomoa Fetteh could not hide their joy after the verdict as they took to the streets to celebrate the victory and to communicate to property owners in the area their readiness to ensure peace prevails.

Speaking after the judgement on Monday, Nana Mankrado for Essel Amoquandoh Royal Family said, both families have been battling with this particular case over the past four years.

He urge all occupants who have wrongly purchased the lands to approach the legitimate authority for redress.

"We've been terrorized by landguards for far too long. Abore Yamoah of Twidan Family in 2014, claimed ownership of Fetteh Kakraba lands which resulted into a court case but ruled against him in view that he lacked sufficient documents to prove his case.

"Subsequently, Cape Coast High and Winneba High Courts further ruled in our favour against Kwesi Alhaji (second defendant), and now the Winneba High Court has again ruled in favour of Essel Amoquandoh Royal Family. And I believe the court gave the judgement based on the evidence before it.

"As such we entreat all occupants who wrongfully acquired the lands to approach the relevant owners for redress," he said.

Odikro, Nana Essel Amoquandoh III of Gomoa Fetteh, lamented that landguards have caused dispute and chaos over the years in area and that caution all languards to desist from the territory.

'Parties must have functioning offices, file their accounts ...
20 minutes ago