Construction of MPs Constituency Offices to begin in 2022 – Majority Leader 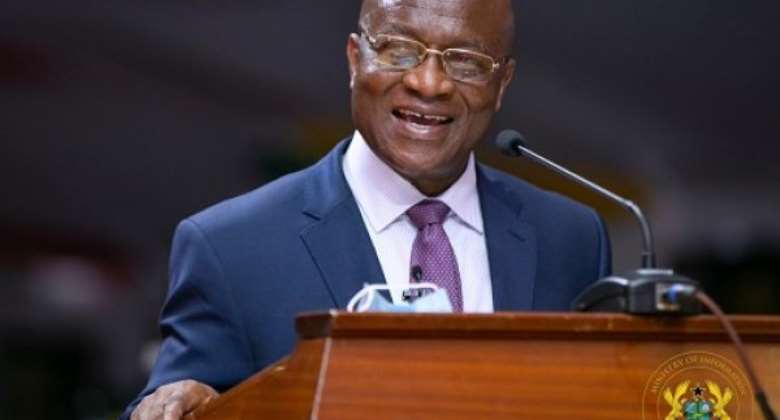 Mr Osei Kyei-Mensah-Bonsu, the Majority Leader in Parliament, has assured Members of Parliament (MPs) that the construction of their Constituency Offices will begin in 2022.

He said the Parliament under the Parliamentary Service Office Support Project intended to construct 70 such offices, per year over a four-year period, beginning from 2022 and that all 275 constituencies would be provided with such offices.

Mr Osei Kyei-Mensah-Bonsu stated this in his response to a question on the floor of the House by Mr Mohammed Adamu Ramadan, MP, Adenta, on the current state of building of offices for MPs in their constituencies.

He said to further deepen the representational role of Parliament, the need had arisen for MPs to be provided with constituency offices that would be accessible by all citizens and residents irrespective of political affiliation.

He said providing MPs with constituency offices would facilitate and enhance their work in their constituencies.

He noted that the Government and the Leadership of the House recognizing the defect in the nation's governance architecture, had put measures in place to ensure the construction of offices for members of Parliament in all the 275 constituencies to serve as neutral grounds for fruitful engagements to upscale our participatory democracy.

“It is expected that all 275 constituencies would be provided with such offices over the period of four years,” he said.

“Accordingly, Mr Speaker, Parliament in the 2021 budget was allocated an amount of GHS45,500,000 for the construction of 70 constituency offices, which was to constitute the first phase of the project.”

Mr Osei Kyei-Mensah-Bonsu said further discussions on the issue, yielded the consideration that the amount that was programmed for the construction of the facilities, the unit cost certainly would not suffice given the current circumstances of the cost of building materials, which then meant that they would really had to increase the level of the allocations per unit.

He said for this year they had come to some estimation on the issue.

He said the Committee had been constituted and was yet to meet the Entity Tender Committee.

“Mr speaker, I can assure Honourable Members that the decision for the construction of the facilities would factor in their concerns of all MPs and nothing would be done to subvert that; that is the concerns of MPs,” he said.

He conceded that Parliament did not commence the construction of the project in 2021 however, provisions would be made in the rest of the three years to accommodate the allocation for 2021.

He appealed to the MPs to collaborate with their respective district assemblies for the acquisition of land for the MP's office project.

Mr Joseph Osei-Owusu, the First Deputy Speaker of Parliament, sitting as Speaker, said all pieces of land acquired for the MP's Office Project should be registered in the name of Parliament.

He also suggested that when the MPs Constituency Offices became operational, the MPs should recruit staff, whose tenure of office would be similar to theirs; so that as they leave office, they leave with their staff.