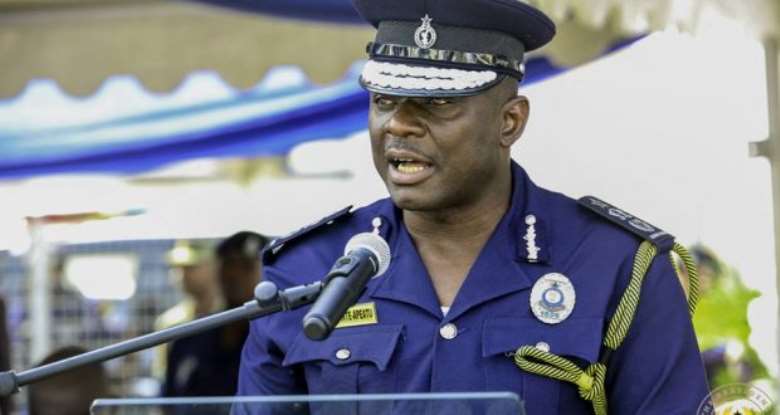 David Asante-Apeatu sued Justice Kwaku Annan earlier this year over some comments he deemed defamatory during an episode of ‘The Seat’ programme on Net 2 Television on June 16.

From the statement of claim, David Asante-Apeatu said Mr. Annan in the broadcast suggested that he is a fence for criminals in Nigeria and Ghana.

It adds that The Net2 TV journalists also claimed that the ex-IGP harbours as well as works in cahoots with criminals and is on the payroll of top criminals in Ghana.

Insisting the comments injured his reputation, the former IGP asked the court for damages; costs, including lawyers' fees.

Amid the hearing of the case, the IGP through his lawyers has decided to discontinue the case.

In a letter drafted by Lawyers of David Asante-Apeatu, they have said their client has decided to discontinue the defamation case.

“PLEASE TAKE NOTE THAT the Plaintiff herein hereby discontinues his claim against the Defendant in the above mentioned (NOTICE OF DISCONTINUANCE) action with liberty," part of the letter has said.

However, Justice Charles Ekow Baiden, Justice of the High Court, who sat on the case recused himself from hearing the case between the former IGP and the Net2 TV journalist today.

According to him, the said notice of discontinuation is not on his docket and hence he is unable to act on it.