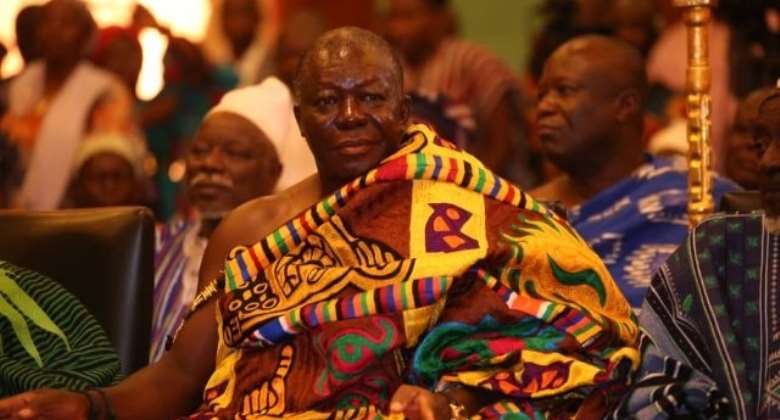 Asantehene Otumfuo Osei Tutu II has acknowledged that all over the world, nobody loves taxes.

He pointed out that though it is in the interest of the populace for lawmakers to scrutinise government policies, it is not in their place to “frustrate” the work of the executive arm.

Speaking at the launch of the Otumfuo Osei Tutu II Commemorative Gold Coin on Sunday, 12 December 2021, the Asante monarch said: “We have been fortunate in our political journey to have moved on from a period of one political party dominating everything”.

“Today, at least, the two main political parties have all been in government”, he observed, adding: “If we are honest, we will agree that there is no perfect government and there will never be, as long as we have different points of view.”

“And, if we are honest, we will also agree that there are no people in this world that love paying taxes, and yet there is no other way conceived by the human mind by which government can raise the resources to meet our needs other than by raising taxes”.

“I do not know of any form of taxes that is less painful than others. So, alas, the government, by all means, would have to raise taxes to meet our needs and if we are good citizens, we will pay our taxes.”

He noted: “We elect people to represent us to make sure there is some equilibrium in what governments do”.

“It is to our good that our representatives in parliament subject the national budget to the most rigorous scrutiny and to call for changes.”

The “government must also have the humility to acknowledge and embrace the useful inputs from all sources but our representatives need to bear in mind that it is not their role to either determine policy or to frustrate the executive from performing their legitimate duties.”

Ghana is split parliament is currently fighting over a proposed 1.75 per cent e-levy, which has stalled the passage of the 2022 budget.

The Minority Caucus, in a lopsided parliament, rejected the budget while the Majority Caucus, also in a separate lopsided sitting of the house, approved it.

The two caucuses are now trying to find a middle ground so the budget could be passed.